The car's alternator converts mechanical energy into electrical energy, which is then stored in the car's battery. The alternator is powered by a belt that you should check occasionally. 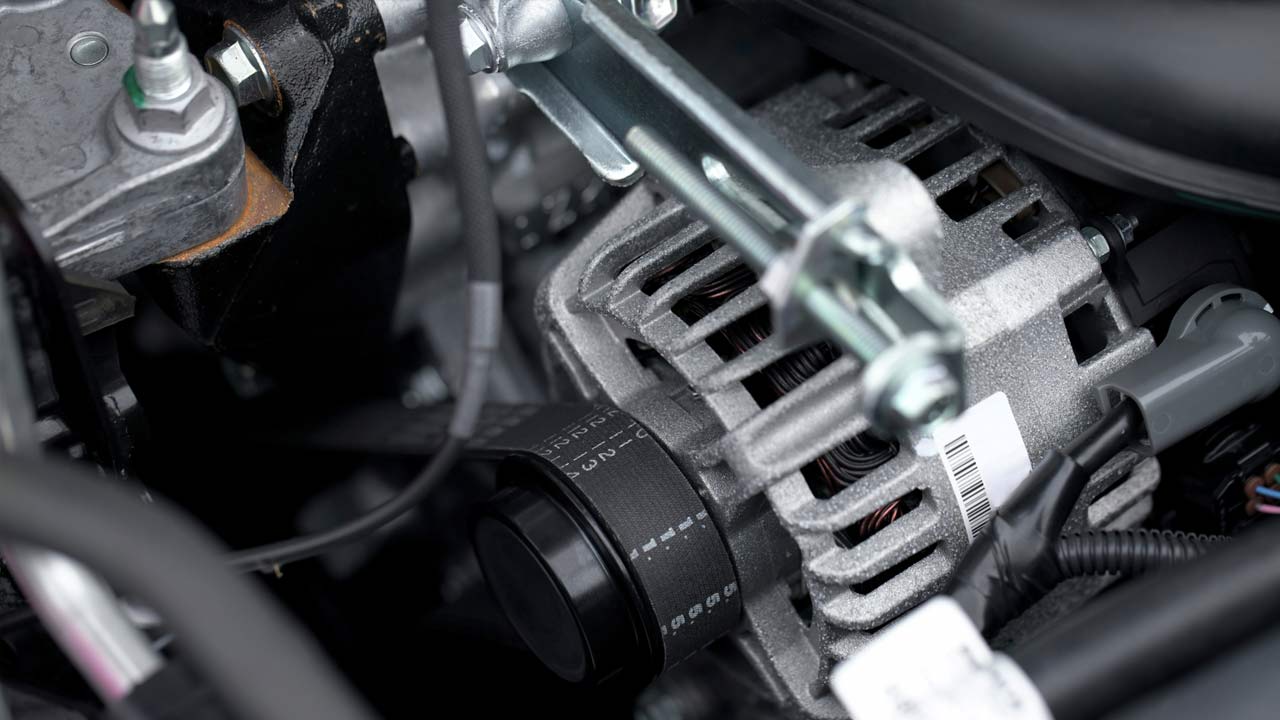 If for some reason the alternator is not charging the battery as it should, a warning light on the dashboard comes on.

Fuses protect the car's electrical system in the event of a short circuit. Without fuses a short circuit could potentially lead to a fire in the car.

If something electrical in your car suddenly stops working, you may need to replace a fuse. The fuses are either in a box in the engine compartment or under the dashboard inside the car. A blown fuse is identified by a break in the metal strip running between the fuse's terminals.

The picture below shows a fuse that is good. If the metal strip the arrow is pointing at is broken the fuse is blown. 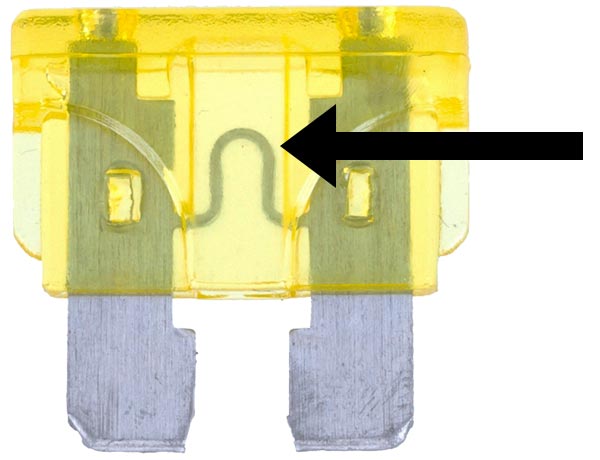 Fuse colours vary depending on the fuse's amp rating. If a yellow fuse is broken then you must replace it with a new yellow fuse. The car's instruction manual shows how and where you change the various fuses. 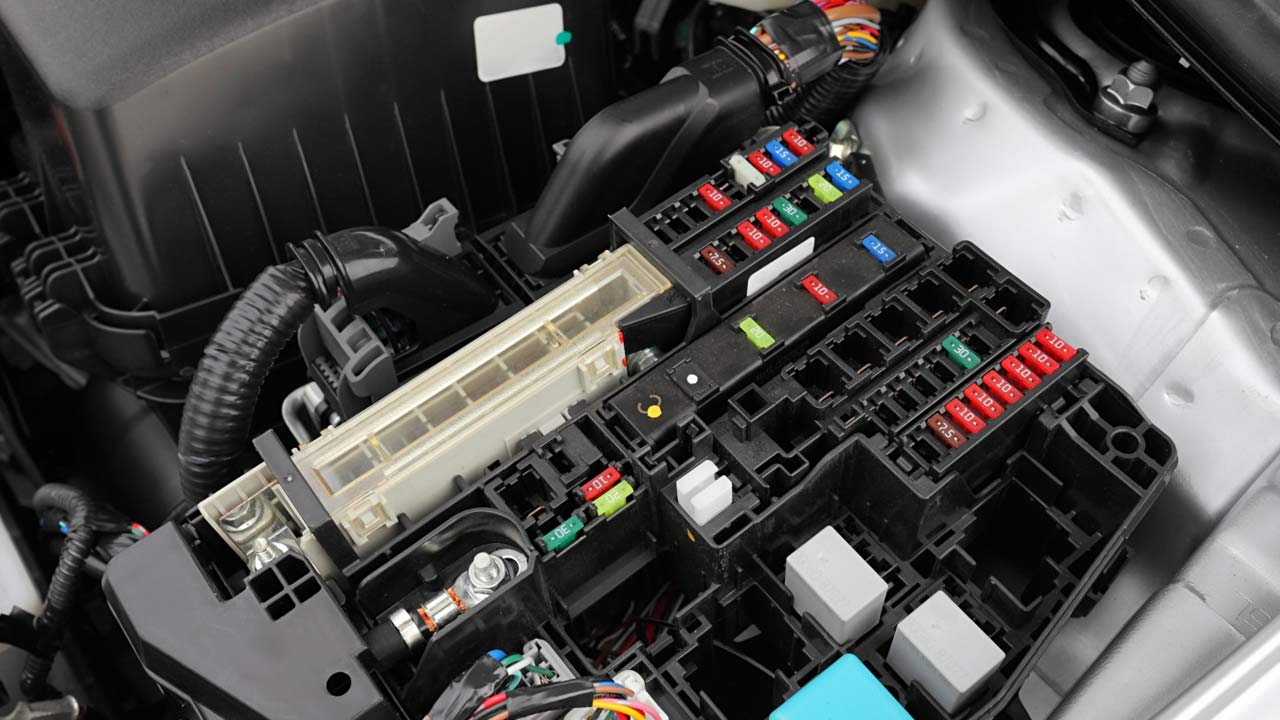 Electrical energy generated by the alternator is stored in the car's battery. This makes it possible to use electricity even when the engine is off. The car's stereo, air conditioner and lights are some of the things that use electricity. Be careful not to use such items for too long when the engine is off, as the battery will eventually discharge.

If the battery is discharged, the car will not start. If this happens you will need to jump start the car to get the engine running again.

A poorly charged battery can also freeze in cold conditions. The approximate freezing point of a battery at different charge levels follows:

Modern car batteries are maintenance-free. Older car batteries, on the other hand, are often refillable and regularly need to be topped up with distilled water.

Common to all batteries is that they slowly lose charge over time, until they finally do not work at all.

Potential hazards with car batteries are the oxyhydrogen gas that can surround them and the sulfuric acid in the battery fluid. The gas can be ignited by sparks or fire, and the battery fluid is corrosive. 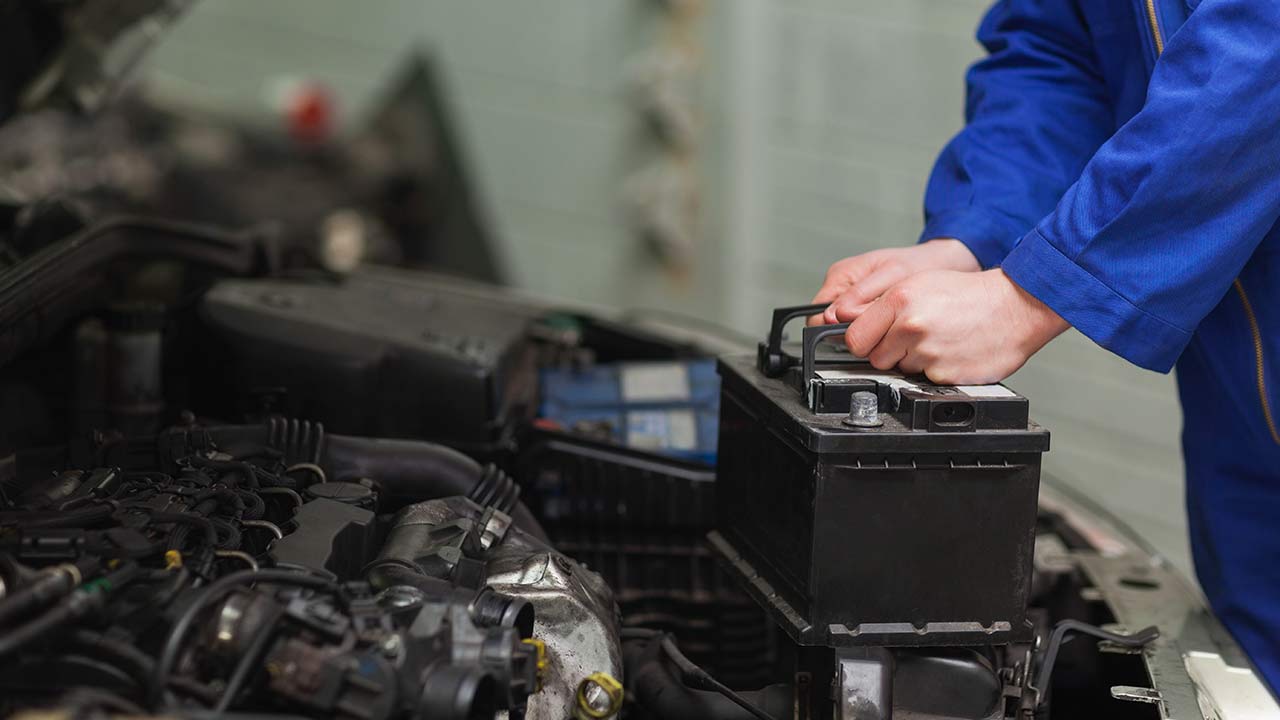 If you cannot start your car due to a discharged battery, you can use jumper cables to jump start it from another car with a charged battery.

It is important that both batteries have the same rated voltage and that the jumper cables are connected correctly. A mistake can cause a short-circuit, which can destroy the battery, the alternator and other electronic equipment in the car.

Important: Always consult the instruction manual before attempting to jump start your car. Depending on car model, the way in which you need to connect the jumper cables may vary.

Both cars involved in the process should initially be turned off. 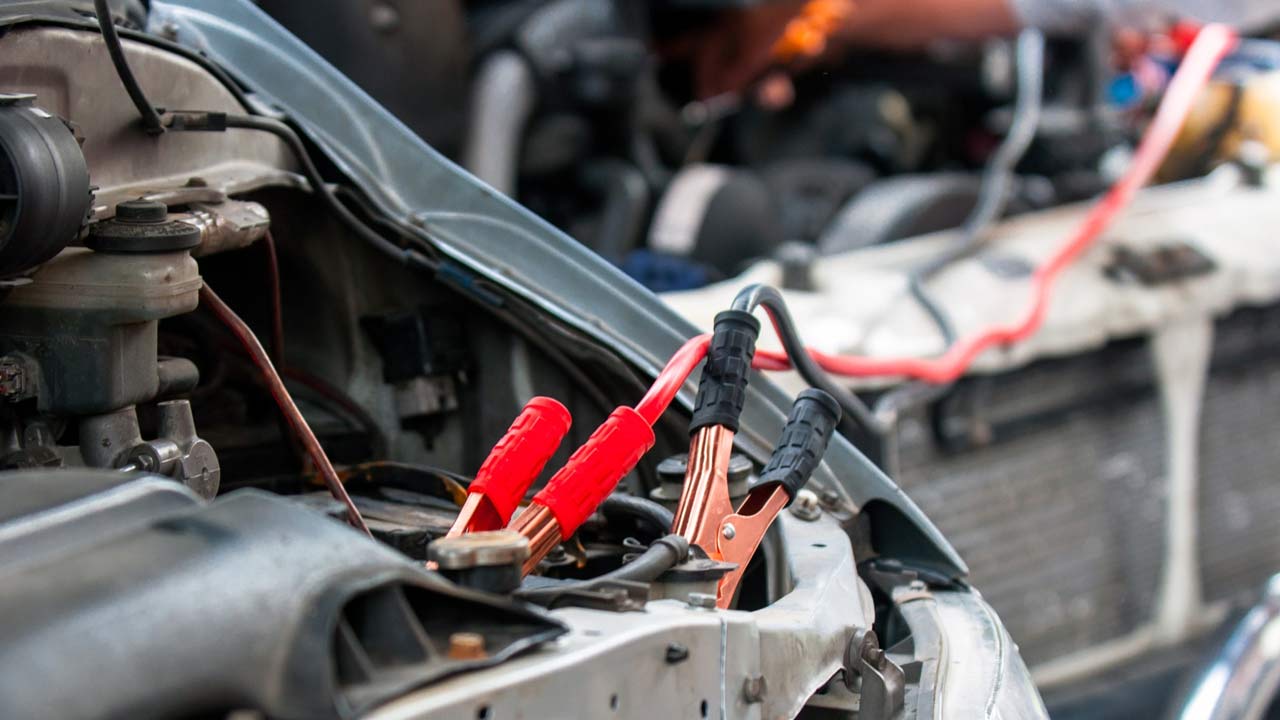 How to jump start a car:

* This is to avoid any sparks from causing an oxyhydrogen gas explosion.