When driving in towns and cities, the opportunity to overtake comes more often than when driving on country roads. However, as you encounter more intersecting traffic, more pedestrian crossings and more unprotected road users, the risk of accidents is also greater.

Despite the fact that there are a lot of rules that state where and when it is prohibited to overtake, common sense is often enough to understand when it is not allowed. The basic rule for overtaking is simple: "A driver may only overtake if it is safe to do so." –Trafikförordningen ch. 2, § 32 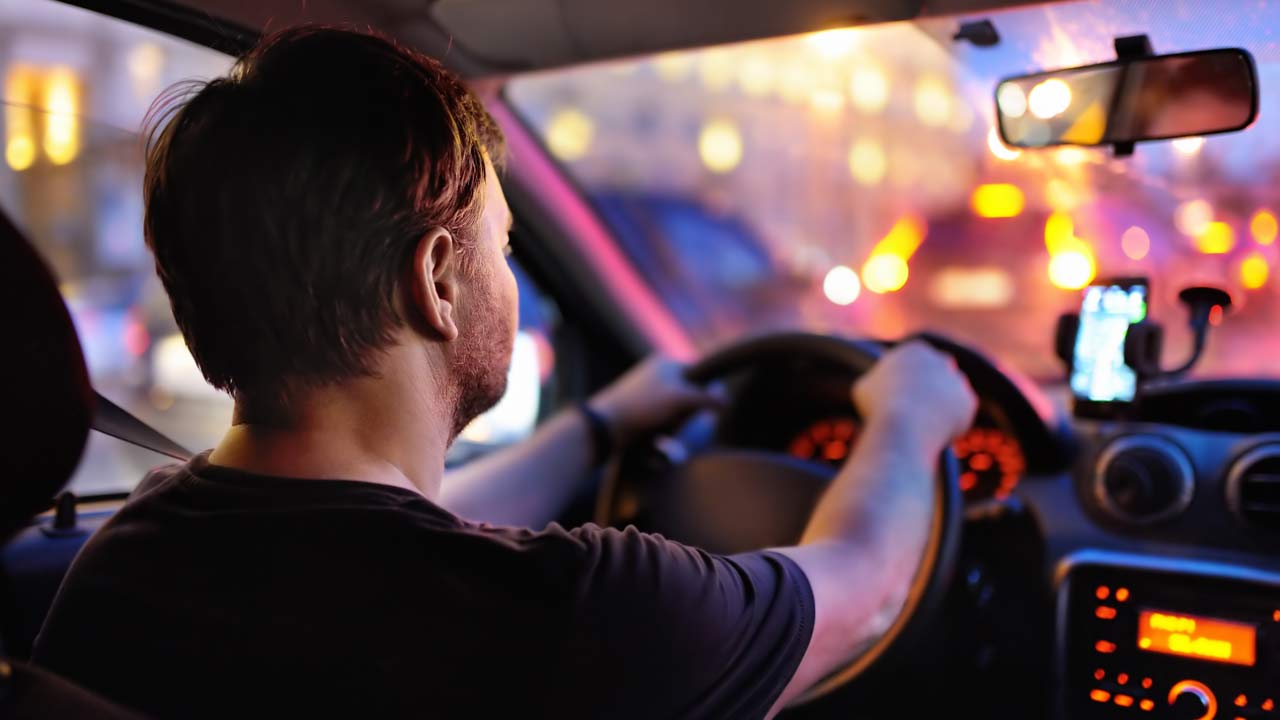 You may only overtake if it is safe to do so

Overtaking can be associated with increased risks, often without any actual time gain. If you are about to turn on to another road, or if there is heavy traffic ahead of you, overtaking is pointless. However, sometimes overtaking is necessary, such as when a slow-moving vehicle is genuinely impeding your progress. Regardless of the reason, before attempting an overtake you must think it through – overtaking requires planning and forethought.

Ask yourself the following before overtaking:

If you have any doubts you must refrain from overtaking and wait for a safer opportunity. 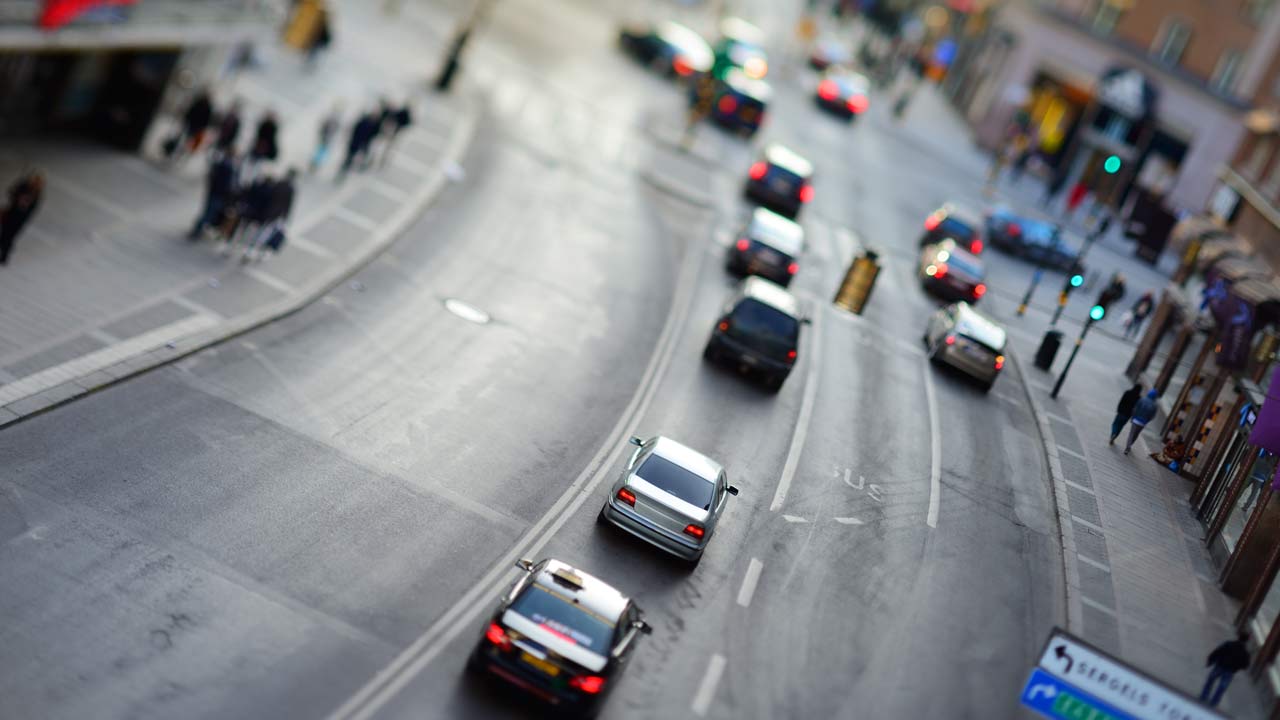 Before overtaking a heavy truck or other large vehicle, you need to keep in mind that:

These signs indicate that the vehicle or vehicle combination is large and long, which is something that you have to take into account if you are planning to overtake it.

It is always prohibited to overtake:

* Exception: It is allowed to overtake at low speed at an unsupervised pedestrian crossing, cycle passage or cycle crossing if there is more than one lane in your direction and one of the following requirements is met: 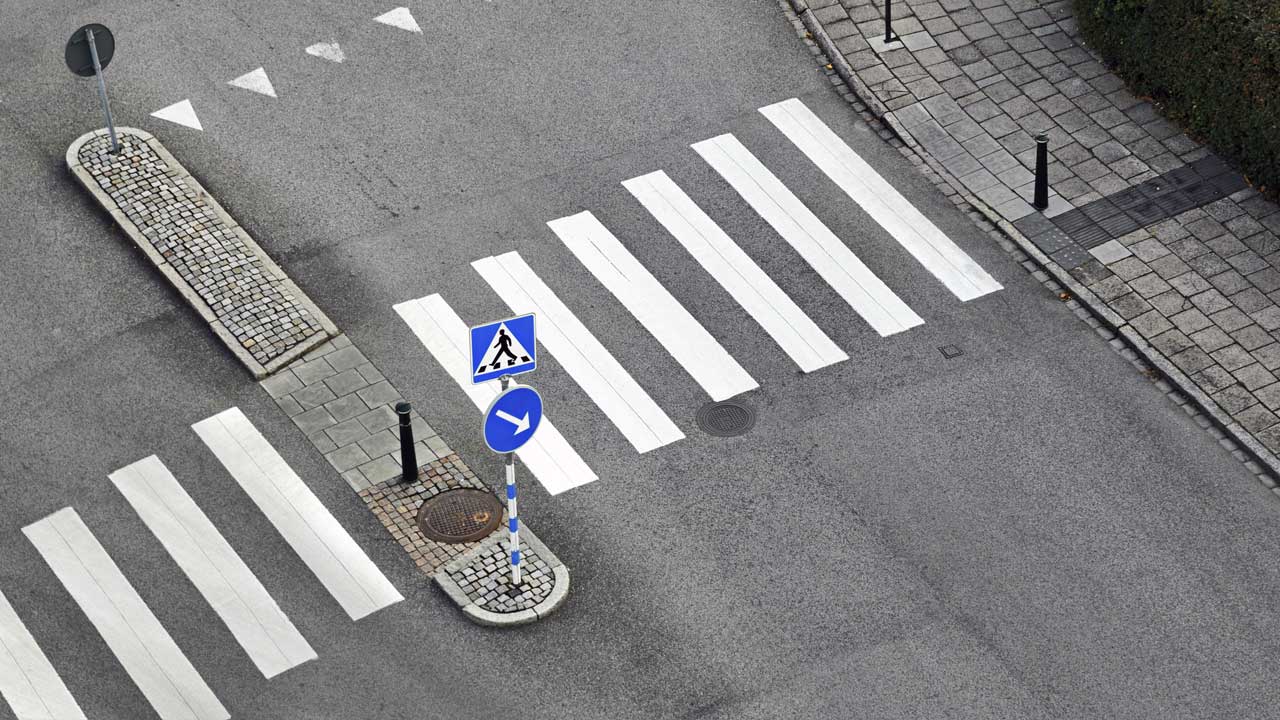 It is generally prohibited to overtake at an unsupervised pedestrian crossing, cycle passage or cycle crossing – but there are exceptions

Passing on the right side

On roads where there are at least two marked lanes in the same direction and the speed limit is 70 km/h or lower you are allowed to pass vehicles on the right side.

This means that you, in densely built-up areas, may often choose whether you want to pass other vehicles on the left or right side. The rules are designed this way to minimise the number of lane changes and thus the number of accidents (lane changes in heavy traffic increase the risk of accidents).

It is also allowed to pass vehicles on the right side: 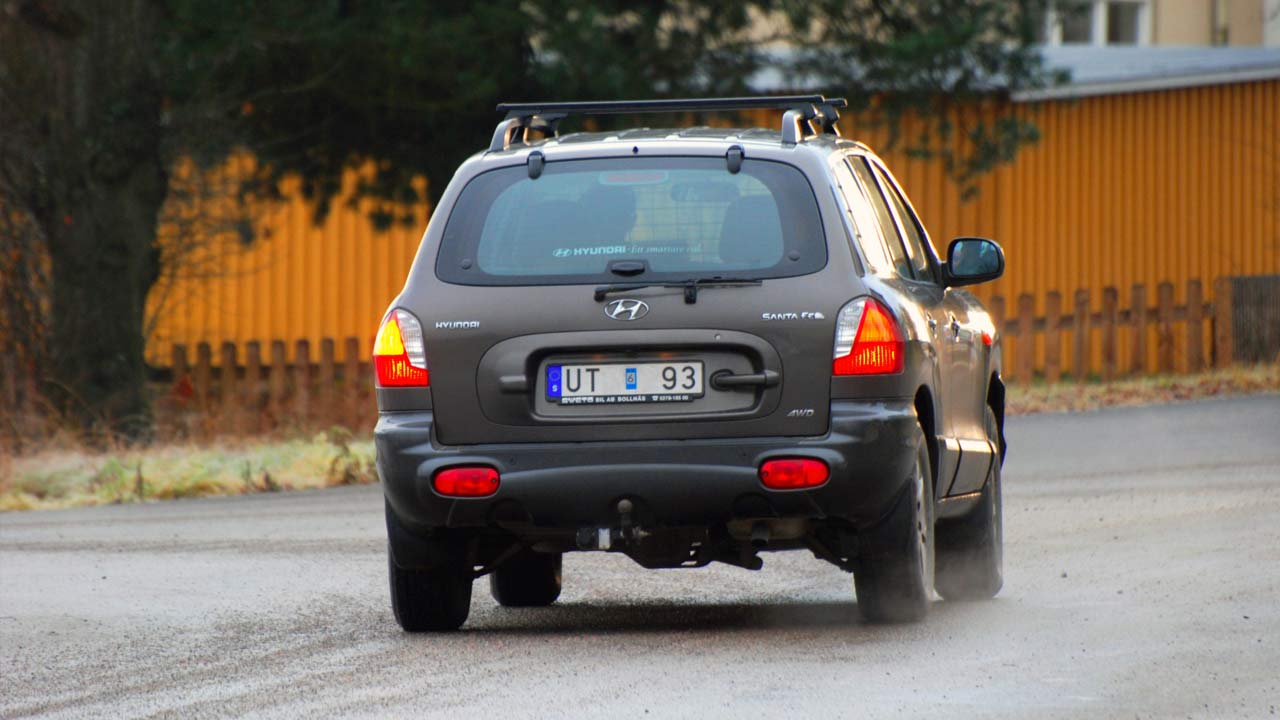 If a vehicle in front of you turns left, or if the driver is clearly preparing for a left turn, you may pass the vehicle on the right side

If you initiate an overtaking manoeuvre that turns out to be dangerous or prohibited to complete, you must abort the manoeuvre in time.

You can never count on the driver of the vehicle you are overtaking to slow down and keep to the right in such a manner that you can easily to return to your lane whenever you like.

You also can never count on a pedestrian – that unexpectedly steps into the road – to see your car and get out of the way in time. The pedestrian might only look to the left, forgetting that vehicles overtaking can approach from the right.

When overtaking cyclists and road maintenance vehicles, you must maintain an appropriate speed and leave plenty of sideways clearance.

All cyclists – but especially elderly people and children on bicycles – may wobble or suddenly pull out to avoid something on the road. The risk of cyclists, moped and motorcycle riders wobbling increases when it is windy. 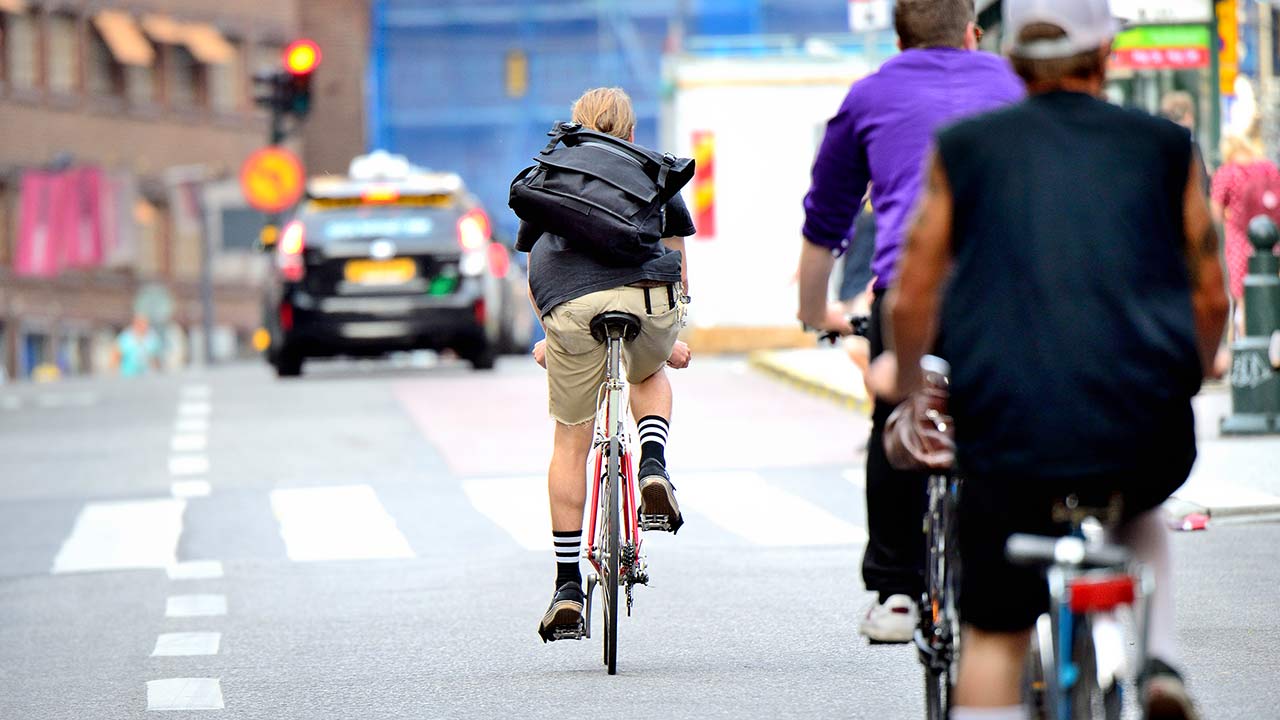 You may overtake road maintenance vehicles on whichever side is most suitable. You are allowed to pass on both the left and right side.

Keep in mind that operators of road maintenance vehicles are very vulnerable as they cannot keep a constant watch on traffic. The same is obviously true for road workers as well.

Usually, you should overtake trams on the right side. However, on one-way streets and where the placement of the rails makes it necessary, you may – with great care – overtake on the left side. It is always prohibited to overtake trams just before or at unsupervised pedestrian and cycle crossings. 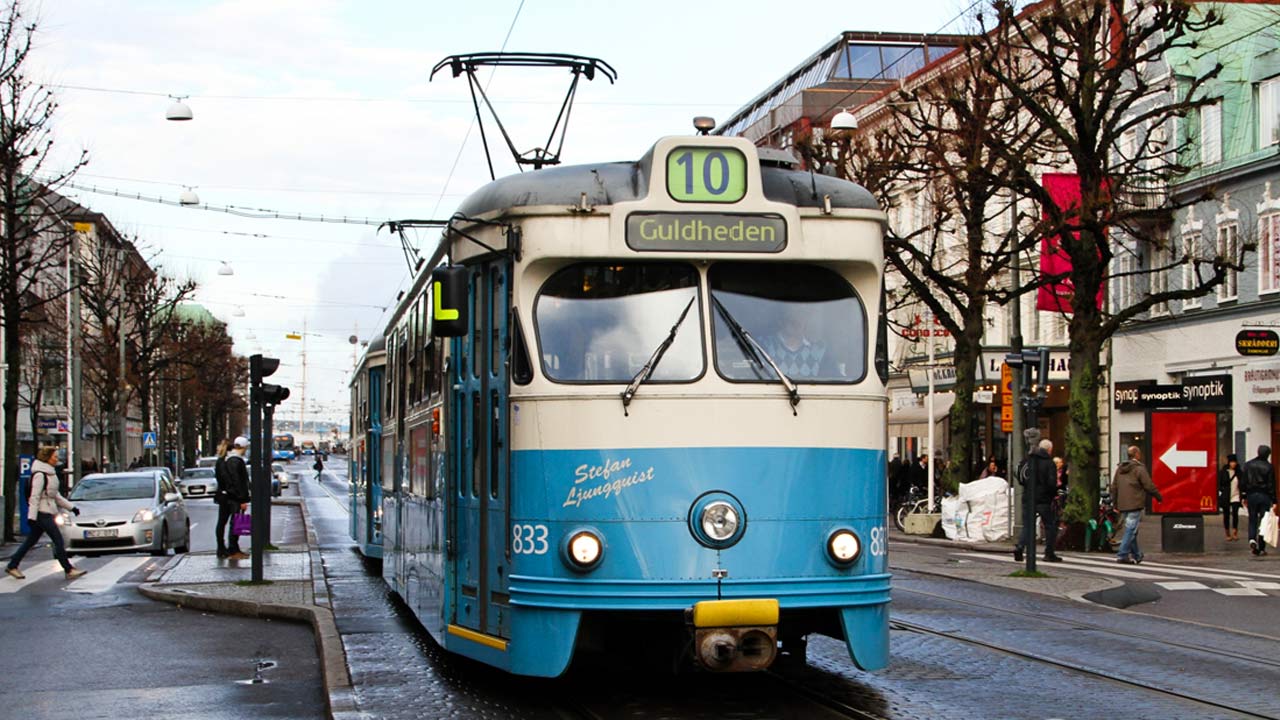 Usually, you should overtake trams on the right side

When a tram stops at a tram stop without a traffic island you must stop and give way to passengers getting on or off.