The cooling system's job is to control the engine's temperature. If for some reason this system does not work, the engine may overheat and be damaged.

The engine temperature can get too high due to a number of different factors, for example: insufficient coolant fluid; a blown electric cooling fan fuse; or a broken alternator or timing belt, one of which usually drives the vehicle's water pump.

Most cars are equipped with an engine temperature gauge that shows the engine coolant temperature. On these, the gauge needle should be in the center position while the engine is running. 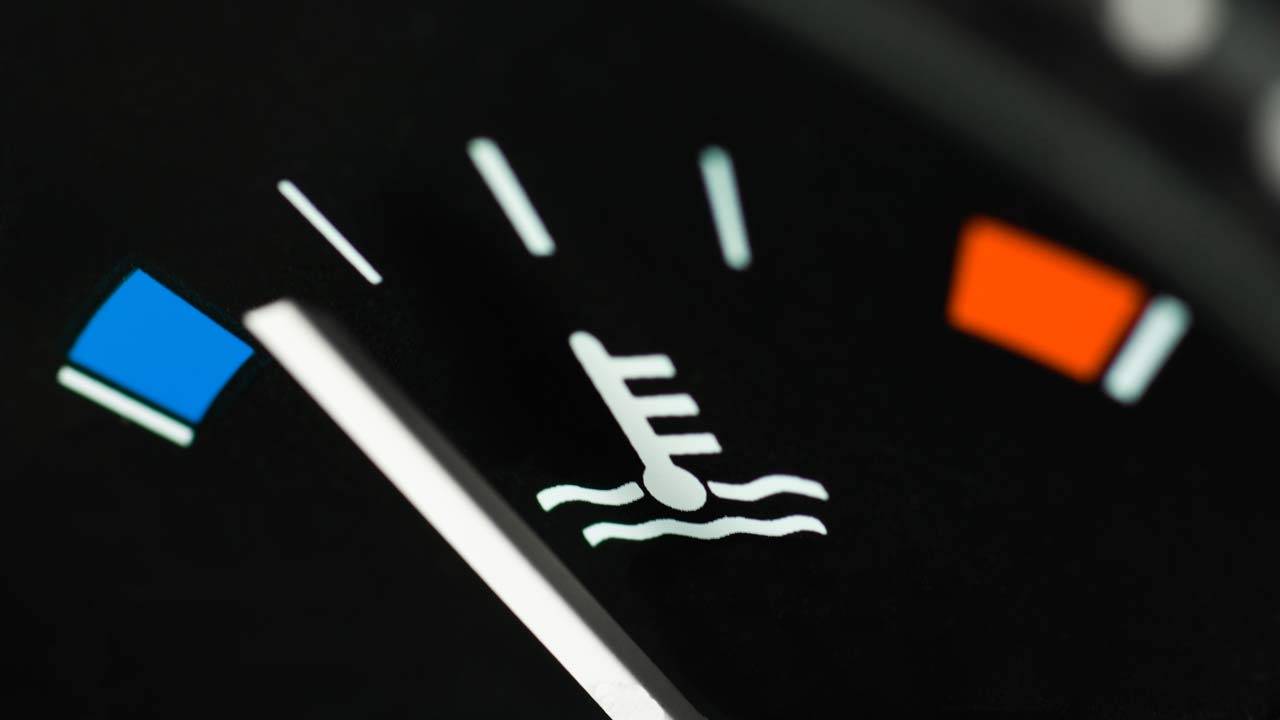 If the engine temperature starts to rise, stop the car, turn off the engine, allow the engine to cool and then check the coolant level. If you cannot remedy the fault yourself you must take the car to a workshop.

If the engine temperature rises so high that the needle enters the red warning area, and you cannot remedy the fault yourself, the car must be towed to a workshop to avoid engine damage.

On most cars a warning light on the dashboard will also be switched on if the engine temperature is too high.

If the engine temperature is too high, check the coolant level. You must, however, wait for the engine to cool down before doing so, as you otherwise risk burning yourself from scalding water vapor when opening the filling cap.

Coolant fluid should consist of half water and half glycol and is easy to refill if the coolant level is too low. Coolant fluid can also be purchased diluted (ready-mixed).

On some cars, a warning light on the dashboard is switched on when it is time to replenish the coolant.

Glycol protects against rust and prevents freezing, so it is especially important to check the coolant level during the winter. Coolant fluid consisting of half water and half glycol can withstand temperatures down to about -35 °C.

Glycol is environmentally hazardous and very toxic. Animals can die by licking a small amount of glycol. Some glycol mixtures can also create toxic fumes, so you should never mix different types of glycol. 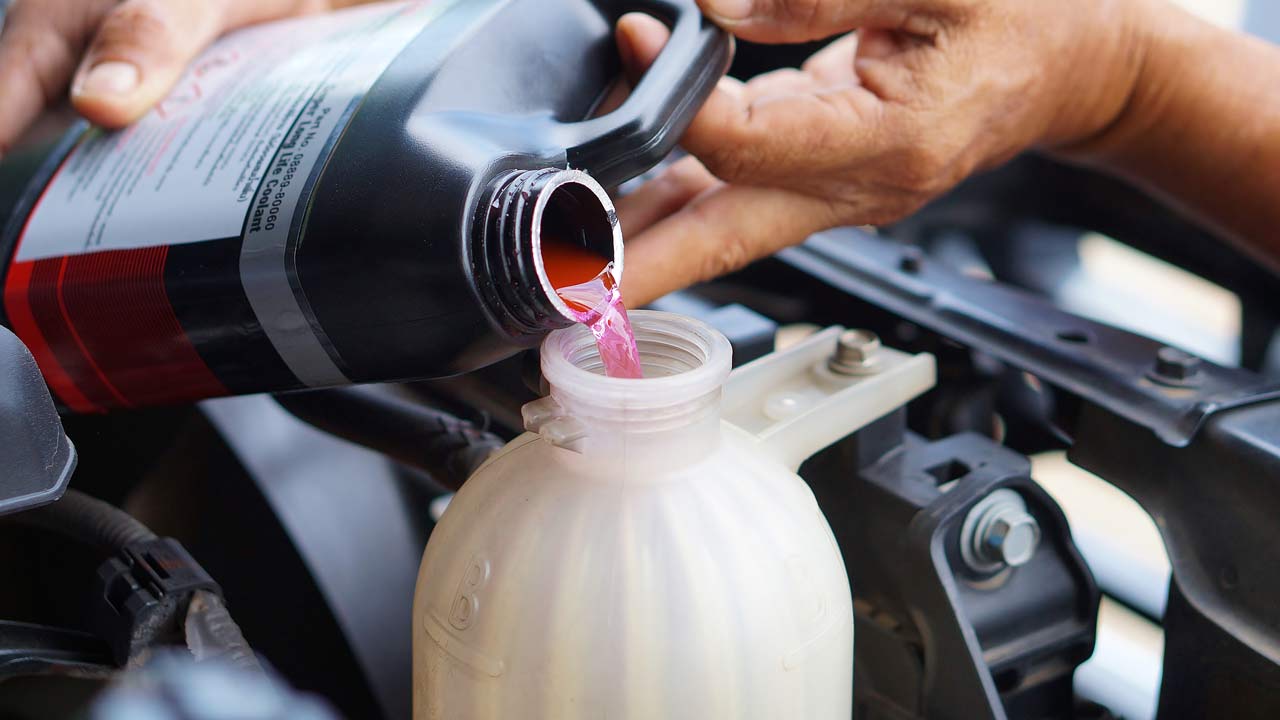 All cars with internal combustion engines are powered by petrol or diesel and air. The combustion of fuel requires large amounts of air, so it is important to check the air filter from time to time. If it is clogged, the engine does not get enough air, which increases fuel consumption. 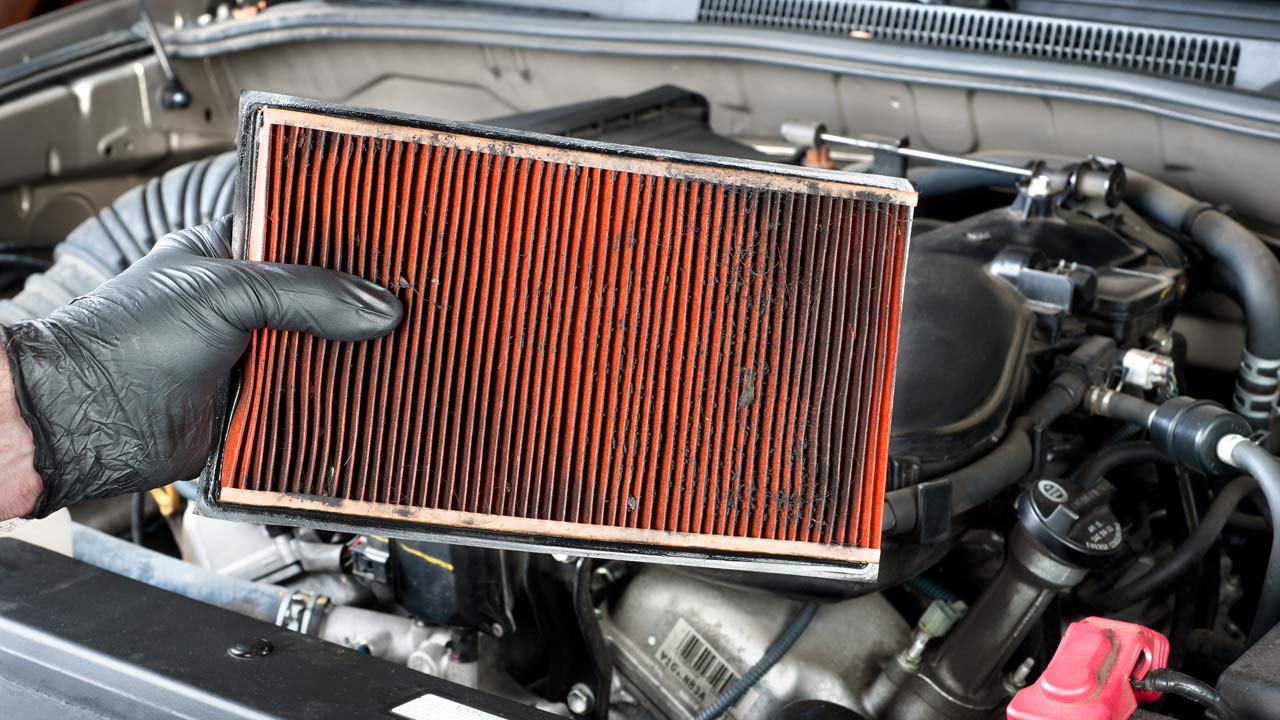 If the air filter is clogged (as in the picture), fuel consumption increases

You can either ask to have the air filter replaced when the car is in the workshop, or you can do it yourself. It is usually easy to do and a new air filter is cheap and easy to obtain.

When refueling, avoid inhaling petrol vapors and getting petrol on the skin as petrol contains the carcinogen benzene. 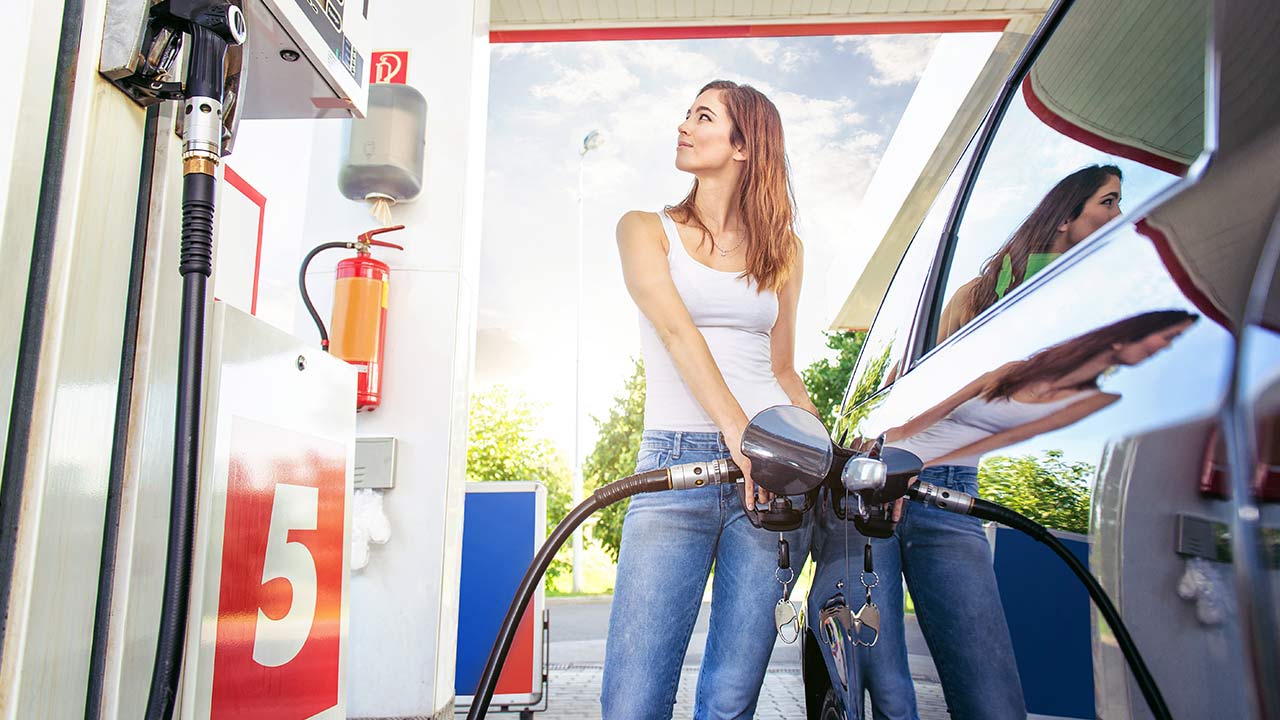 When you are at, or near, a petrol station it is absolutely prohibited to smoke as fire and sparks can cause an explosion.

In order for a vehicle's engine to work, it needs engine oil. Engine oil has a variety of functions:

It is very important that the engine has enough oil to function correctly. Make a habit of checking the engine oil level regularly using the vehicle's oil dipstick and top up if necessary.

The difference between the dipstick's minimum and maximum indicators can correspond to up to one litre of engine oil. If the oil level is below the minimum mark, there is not enough oil in the engine. 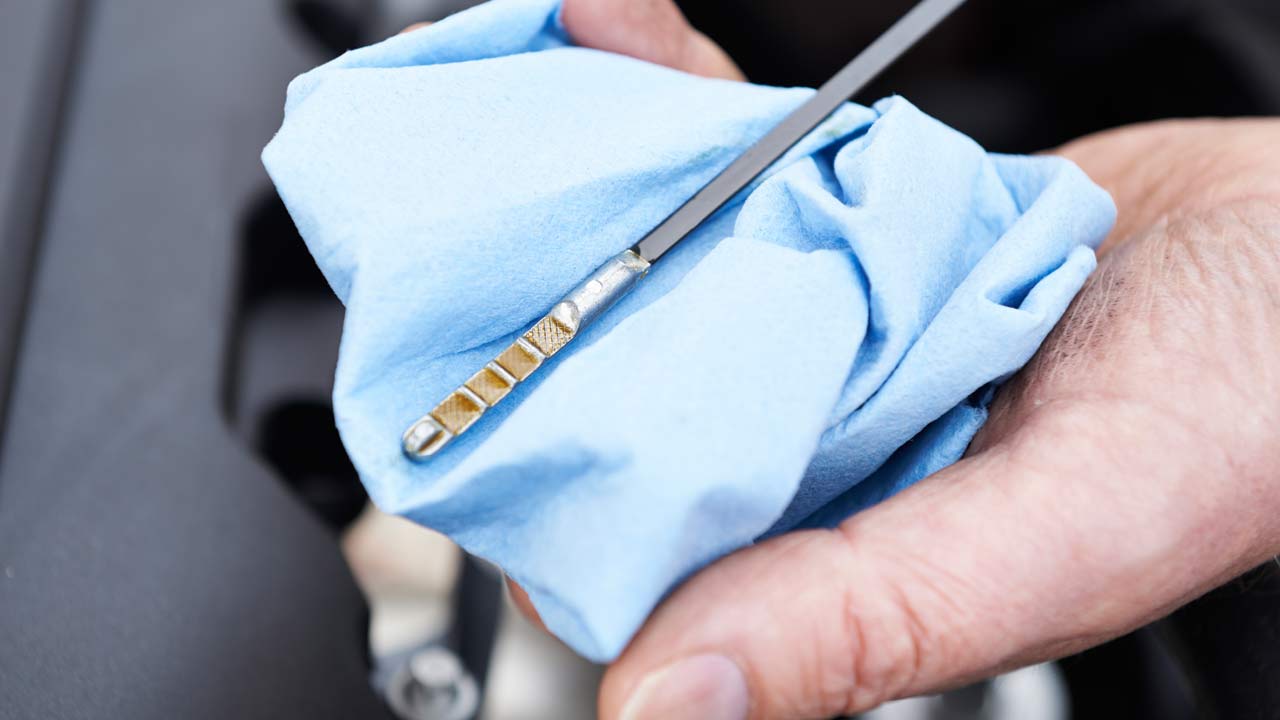 If the oil pressure warning light comes on while driving, you must stop the car as soon as is safely possible and turn off the engine to avoid damaging it. If this warning light is on, it may simply mean that the engine is low on oil and should be topped up. In some cars, the low-oil warning light will be yellow in this case.

If a low oil level is not the problem the car must be towed to a workshop.

To ensure good driving visibility despite rain, snow, dirt or sludge, it is important that the car's windshield wipers are in good condition and that there is washer fluid in the windshield washer system. This is particularly important during the winter months.

The windshield wipers should be replaced at regular intervals and the washer fluid needs to be replenished when necessary. On most cars, a warning light on the dashboard switches on when it is time to refill the washer fluid.

Washer fluid can be purchased diluted (ready-mixed) or concentrated. In the latter case, it should be diluted with water. The recommendation is to mix one part concentrate with two parts water. 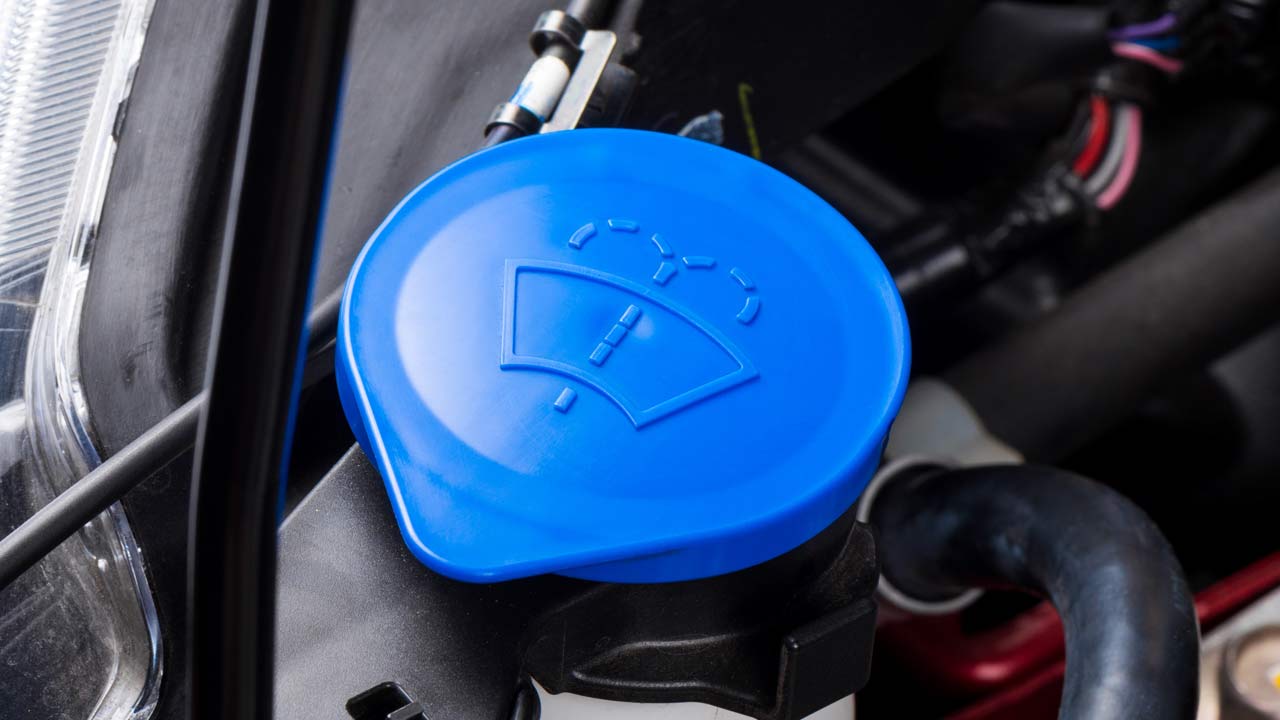 During the winter months, you must always remove snow and ice from the car before driving. But if the windshields have fogged up on the inside or become icy on the outside while driving, you should activate the defrosters (also called defoggers and demisters).

The location of the front and rear windshield defroster buttons differ depending on the car's make and model. However, the symbols on these buttons look essentially the same, regardless of the car.