By learning how to drive economically, you can reduce your car's fuel consumption by 10-20%, while at the same time subjecting the car to less wear. Over time, driving in this manner can save you a lot of money in reduced fuel and repair costs.

An economical driving style also produces less exhaust emissions and noise than a more aggressive one. 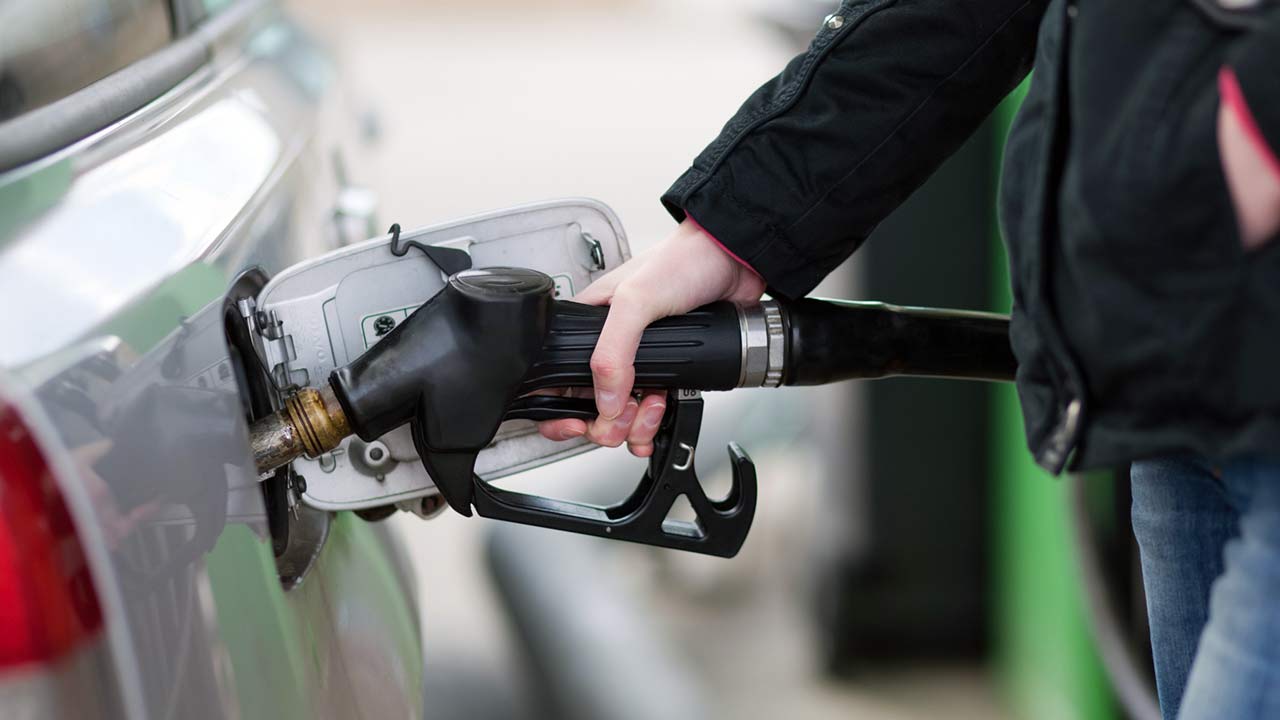 By driving economically you reduce both fuel consumption and exhaust emissions

In short, driving economically means that you should:

In a situation where you have to quickly stop the car to avoid an accident, you should not think about engine braking or braking softly. It is far more important to stop the car as soon as possible.

To drive economically, you should try to quickly shift to your car's highest gears and reach your cruising speed. This is because a car moving at a constant speed consumes less fuel than one that is accelerating.

You should therefore upshift as soon as possible once moving, or when you need to increase speed again – for example, after braking. Only drive a few car lengths in first gear before shifting to second. After that you should try to skip gears when possible. Shift from second to fourth, from third to fifth or, if you are driving on a downward slope, from second directly to fifth. The higher the gear, the lower the fuel consumption.

Almost all modern petrol-powered cars can be driven in their highest gear at 50 km/h. However, if the car seems sluggish in a high gear you should shift down to a lower one. 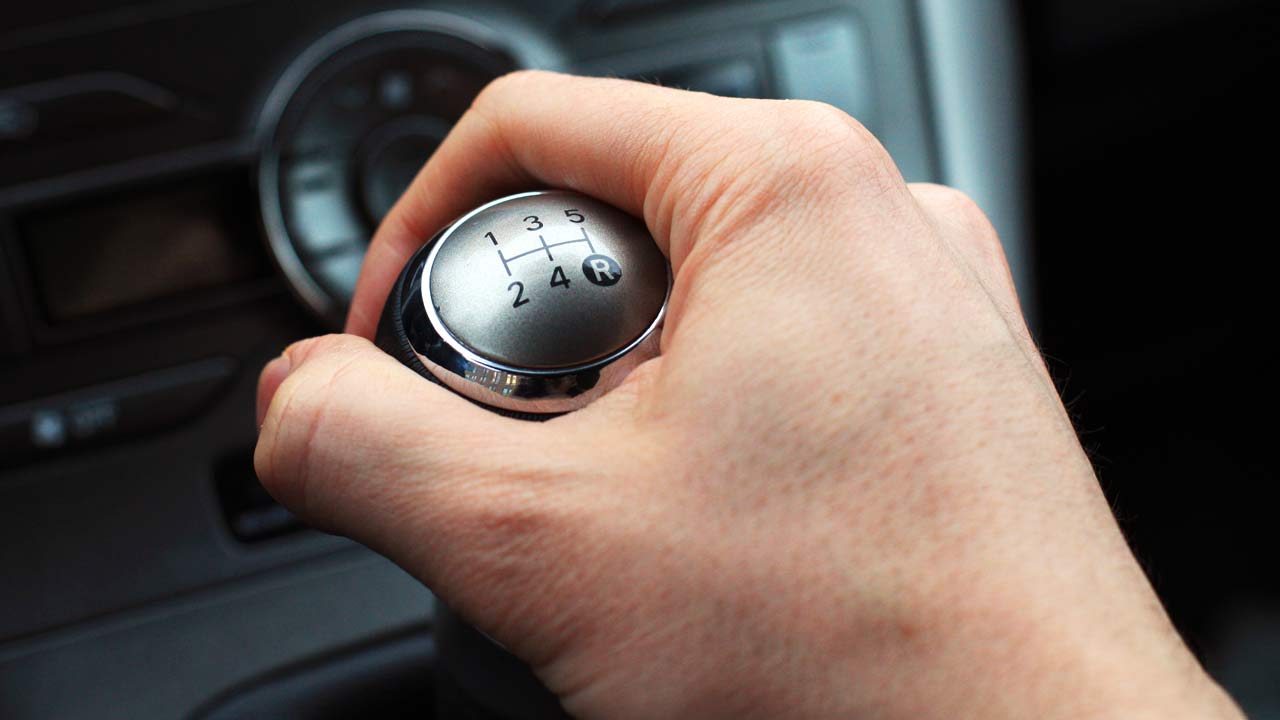 Try to reach your cruising speed quickly by accelerating firmly. Unnecessarily prolonging the acceleration phase only increases fuel consumption. When driving a petrol-powered car you should upshift gears at 2,500 rpm. If you are driving a modern diesel-powered car you can shift up earlier, at about 2,000 rpm.

It is important not to accelerate at more than half-throttle or to exceed 3,000 rpm. If you do, the catalytic converter can stop working properly. If this happens, the emission of substances hazardous to health and the environment, such as hydrocarbons and nitrogen oxides, increases.

By changing gears and accelerating in this way you minimise both fuel consumption and engine noise.

Note that you should not attempt to drive on the highest possible gear if you are driving an old car with a carburettor as this may cause the engine to soot up.

To minimise fuel consumption, it is also very important that you not drive at excessive speeds. The faster you drive, the more air resistance there is. This leads to an increase in fuel consumption. 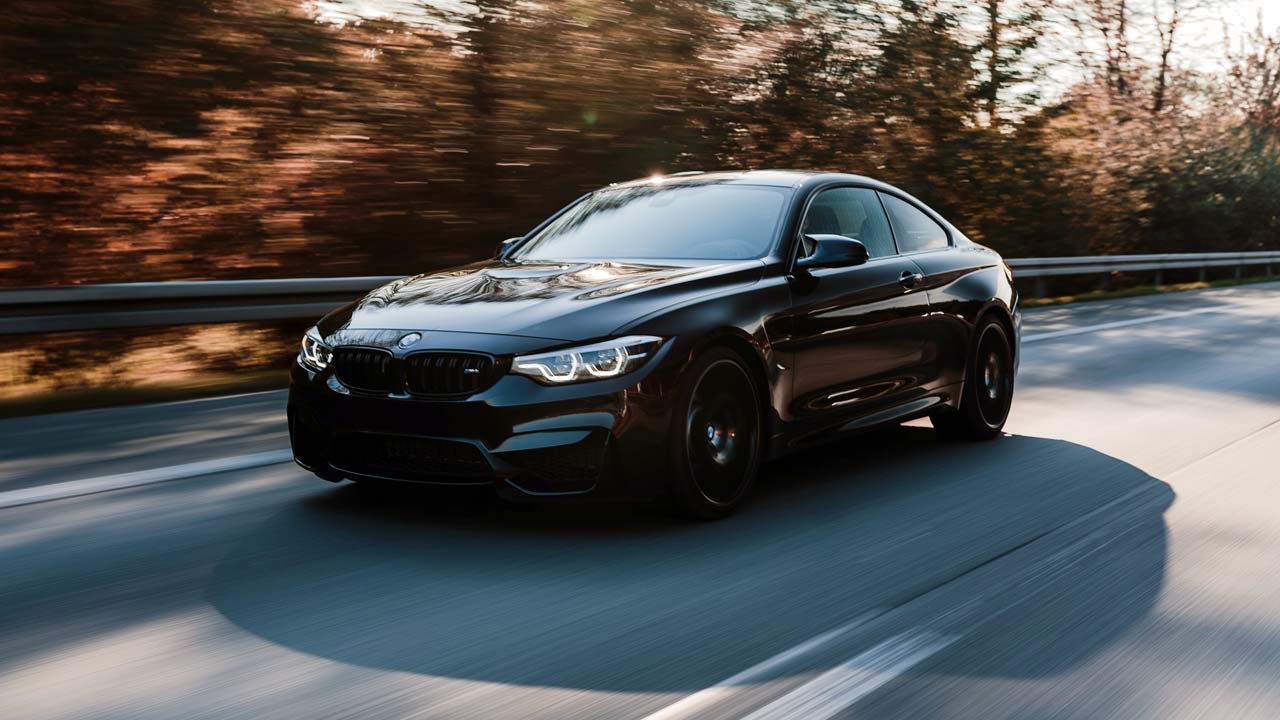 It is also important to maintain a steady throttle as your car consumes less petrol than it does when varying throttle depending on, for example, traffic density. A car that maintains a constant speed consumes less fuel than one that is accelerating.

Driving at a lower speed and with a steady throttle not only reduces fuel consumption and the emission of air pollutants, but also the amount of particles produced by tyre, road surface and brake wear.

Using engine braking, you can slow the car without supplying fuel to the engine. Engine braking is much more energy efficient than using the foot brake.

In order to engine brake effectively release the accelerator at 1,500-1,600 rpm and downshift when the engine speed drops to 1,200-1,300 rpm. Repeat this process as long as it is needed and is possible.

Some cars sound strained during engine braking while others are almost silent. If engine noise disappears the sense of speed may decrease. To avoid driving faster than you think, or are allowed to, while engine braking, it is important to keep an eye on the speedometer. 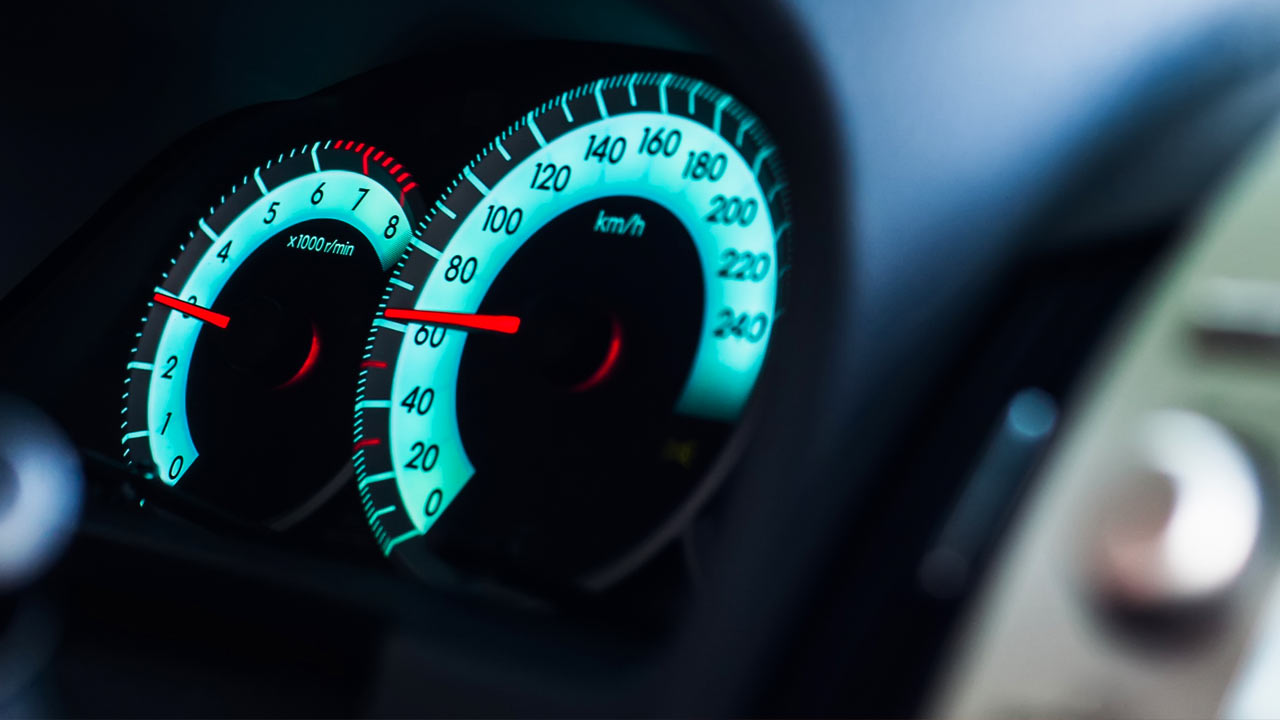 Monitor both the tachometer and speedometer while engine braking

If you are driving an old car with a carburettor you should not engine brake as it does not reduce fuel consumption.

By planning your driving you can avoid unnecessary braking, stopping and starting. Every time you brake or stop, the energy used to increase the car's speed disappears. To increase speed once again, new energy must be consumed. In order to reduce your fuel consumption you should make as few stops as possible and maintain a steady speed.

To be able to plan your driving, you should keep a proper distance to the vehicle in front so that you can see what is happening further down the road. Adapt your speed by engine braking as you approach intersections, roundabouts and traffic lights so that you can, if possible, avoid stopping. 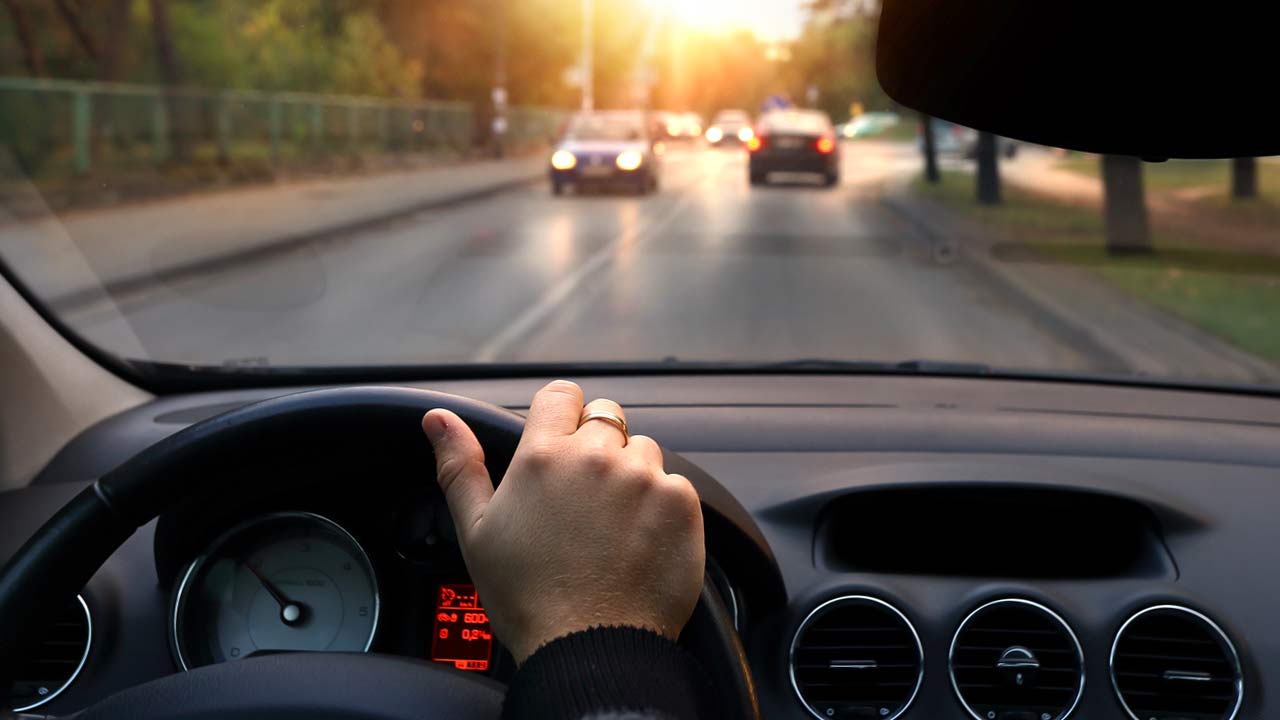 To minimise fuel consumption and wear on the brakes when driving down steep inclines, you should use a low gear without accelerating (release the pedal completely). This way you engine brake, which reduces speed without consuming fuel and avoids excessive brake wear. 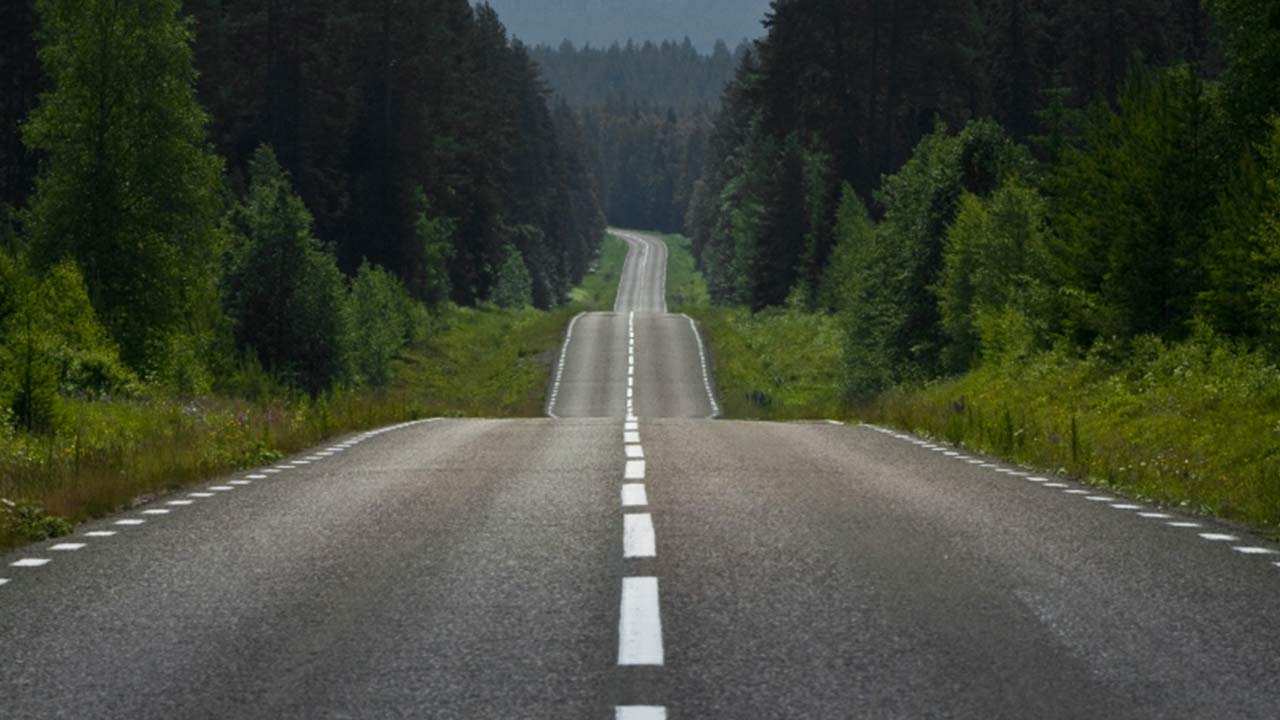 Try to maintain a steady throttle in the highest possible gear in order to drive uphill economically. Provide support with the accelerator but avoid increasing speed. Try to build up speed before the incline so that you can use a high gear while ascending without having to push the accelerator too hard.

If there is an uphill slope after a steep downhill one you can take advantage of the higher speed generated from going downhill to use a higher gear on the way back up. 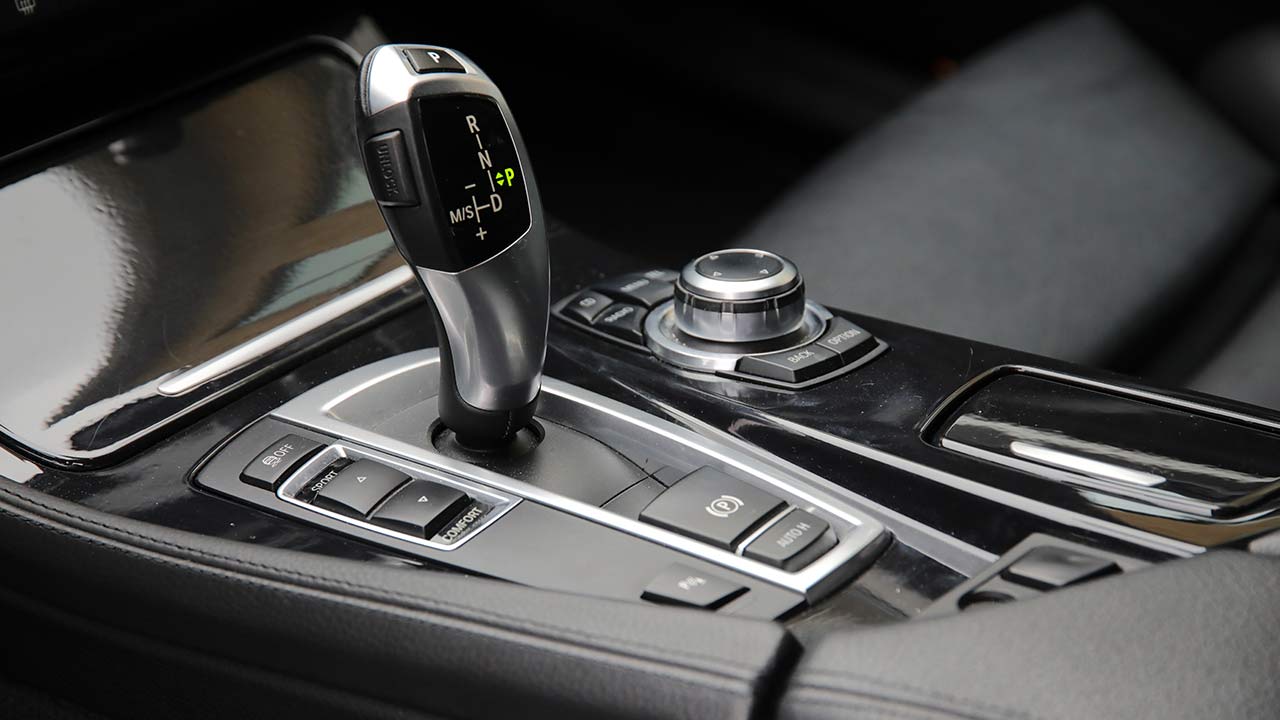 Even if you are driving an automatic transmission car, it is very important to drive economically

Three tips to save fuel when driving an automatic transmission car

It is not just your driving technique that affects fuel consumption. There are also other things you can do to save fuel: 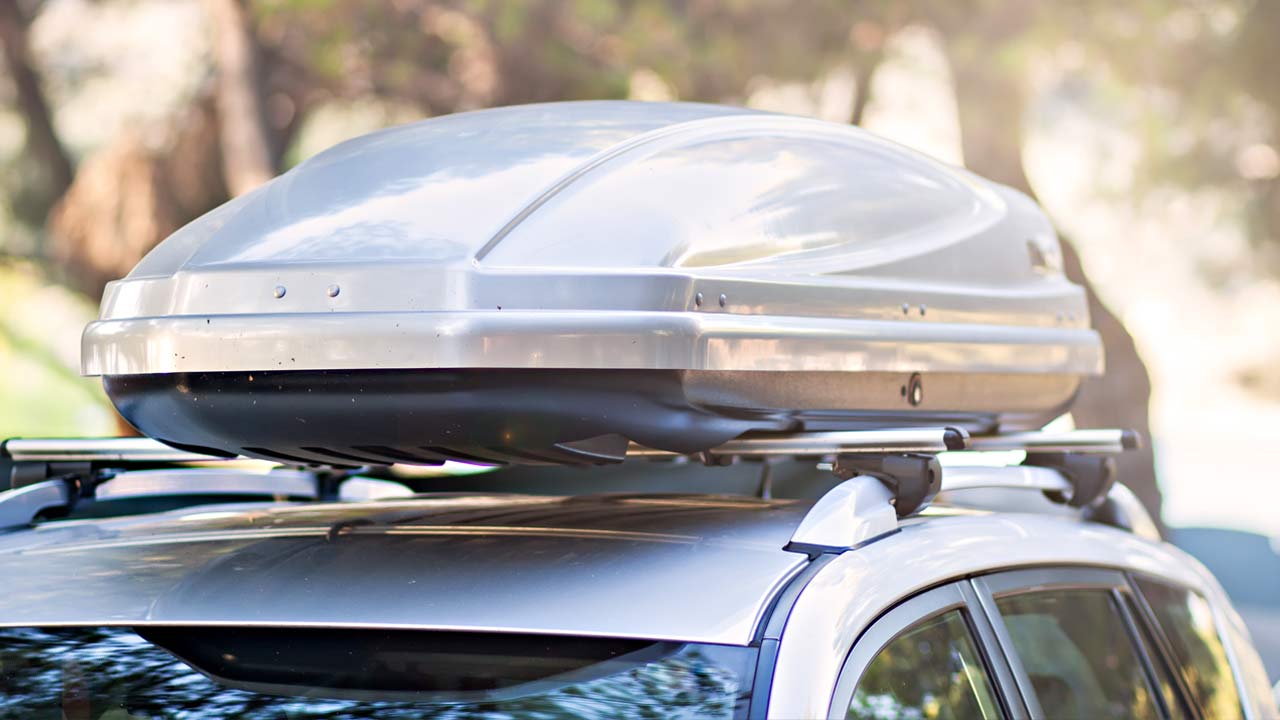 On some cars, the cruise control is operated with a control on a lever

On other cars, the cruise control is operated with buttons in the steering wheel

The cruise control can be operated and turned off with a control on a lever or with buttons in the steering wheel. The cruise control is also deactivated automatically if you push the brake pedal or clutch pedal.

Note that a standard non-adaptive cruise control never reduces the speed or brakes as you approach a vehicle in front or any other obstacle. You must brake yourself when driving with cruise control.

However, there are more advanced cruise control systems that, with the help of various sensors, can brake the car automatically if the speed becomes too high or to maintain a safe distance to the vehicle in front. These systems are usually called adaptive cruise control or dynamic cruise control.

Note that an adaptive cruise control is not a collision avoidance system. For example, the system does not brake for pedestrians, animals, small vehicles like cycles, nor for oncoming, slow-moving or stationary vehicles.

As a driver, you are fully responsible for driving, regardless of the type of assistance systems your car is equipped with. You must always be prepared to brake or manoeuvre the car yourself if necessary to avoid an accident.

Using an engine pre-heater is a simple way to minimise negative environmental effects. A preheated engine consumes less fuel than a cold one and also produces a smaller amount of exhaust emissions. During short journeys, especially, there is a big difference between driving away with a cold and a hot engine.

Engine pre-heaters should not be connected for longer than recommended, as that would only result in unnecessary energy consumption.

Engine pre-heaters should not be used at temperatures above +10 °C. 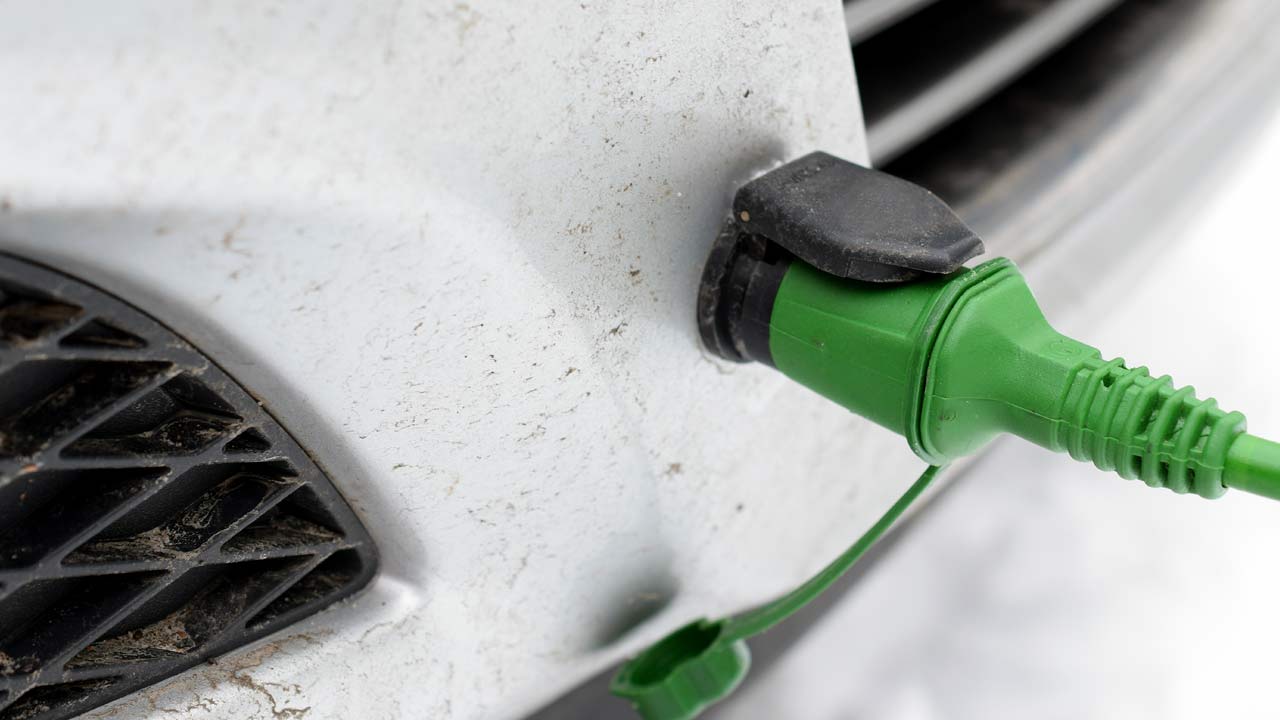 As a car owner, there many other things to consider in order to minimise its impact on the environment:

Out of all modes of transport, flying affects the environment the most, calculated per passenger and kilometre. But since the vast majority of all passenger journeys take place by car, car traffic has the greatest overall affect. 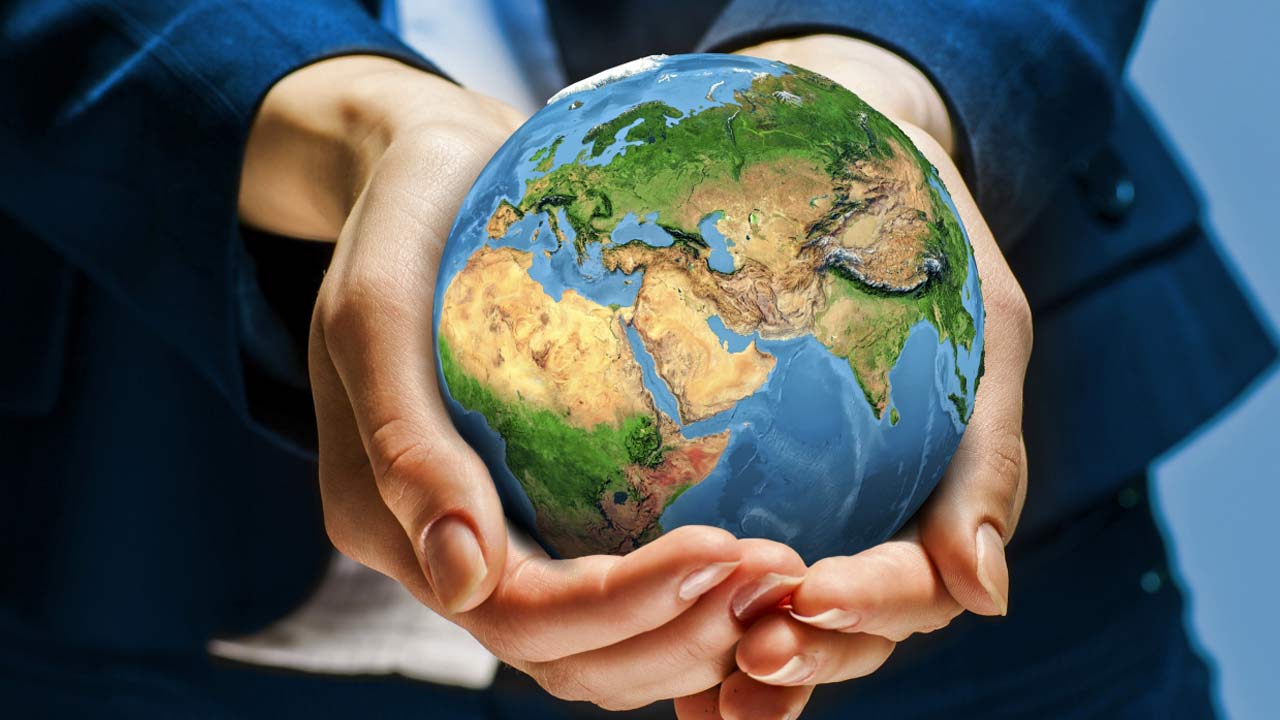 An electric car is powered by one or more electric motors. It does not release any exhaust emissions, but because the electricity with which its battery is charged must be produced somehow, electric cars also have a negative effect on the environment. However, they are still better for the environment than ordinary cars powered by internal combustion engines.

Electric cars that are only charged with electricity coming from solar, water and wind power has the least impact on the environment. 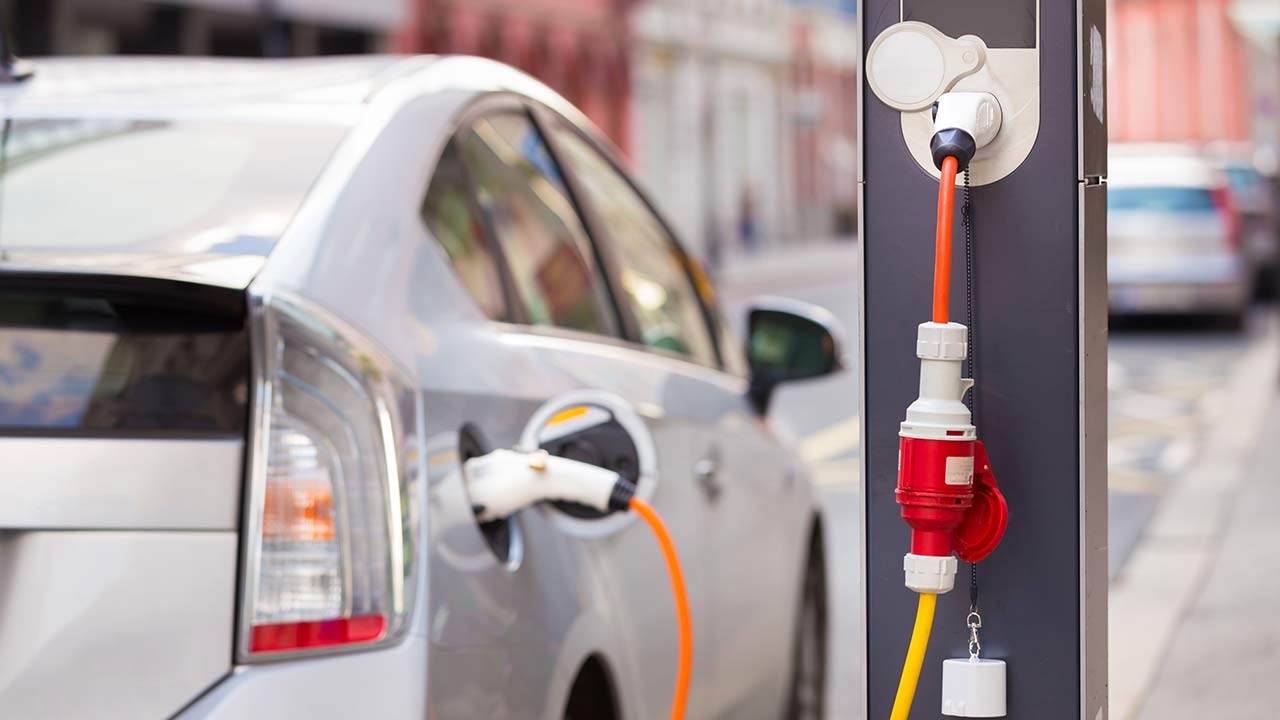 Electric and hybrid cars also adversely affect the environment, but not as much as those powered by internal combustion engines

Hybrid cars are more common than purely electric cars and, unlike those, hybrid cars are powered by two or more power sources. Usually, in addition to a petrol or diesel-powered internal combustion engine, a hybrid car also has one or more electric motors that help power the car.

Regular hybrid cars cannot be charged by an electrical outlet. So-called plug-in hybrids, on the other hand, can.