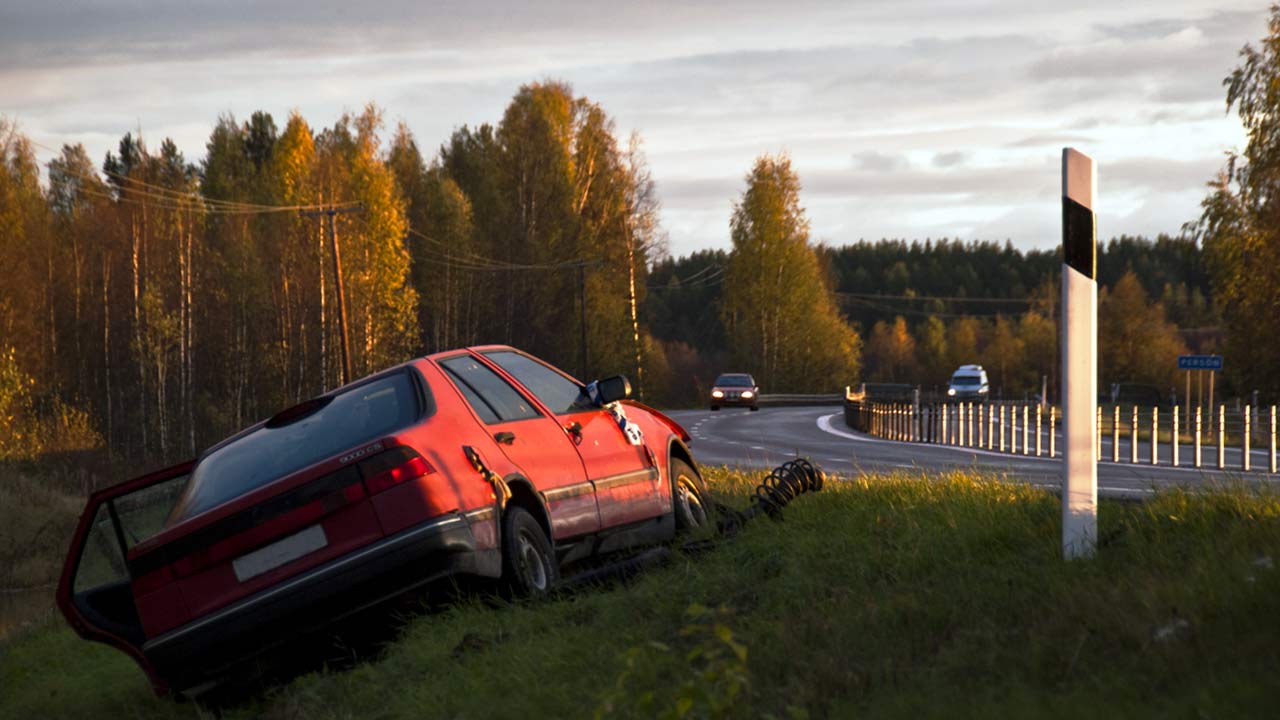 The three most common causes (often in combination with each other) for single-car accidents are:

Single-car accidents are the most common type of accident outside densely built-up areas.

A head-on collision is an accident in which two vehicles collide head-on after one of the vehicles has crossed over to the wrong side of the road.

Thanks to newly built central barriers, the number of fatalities in head-on collisions has been halved over the past ten years. However, it remains the accident type that causes the second most deaths (after single-car accidents). 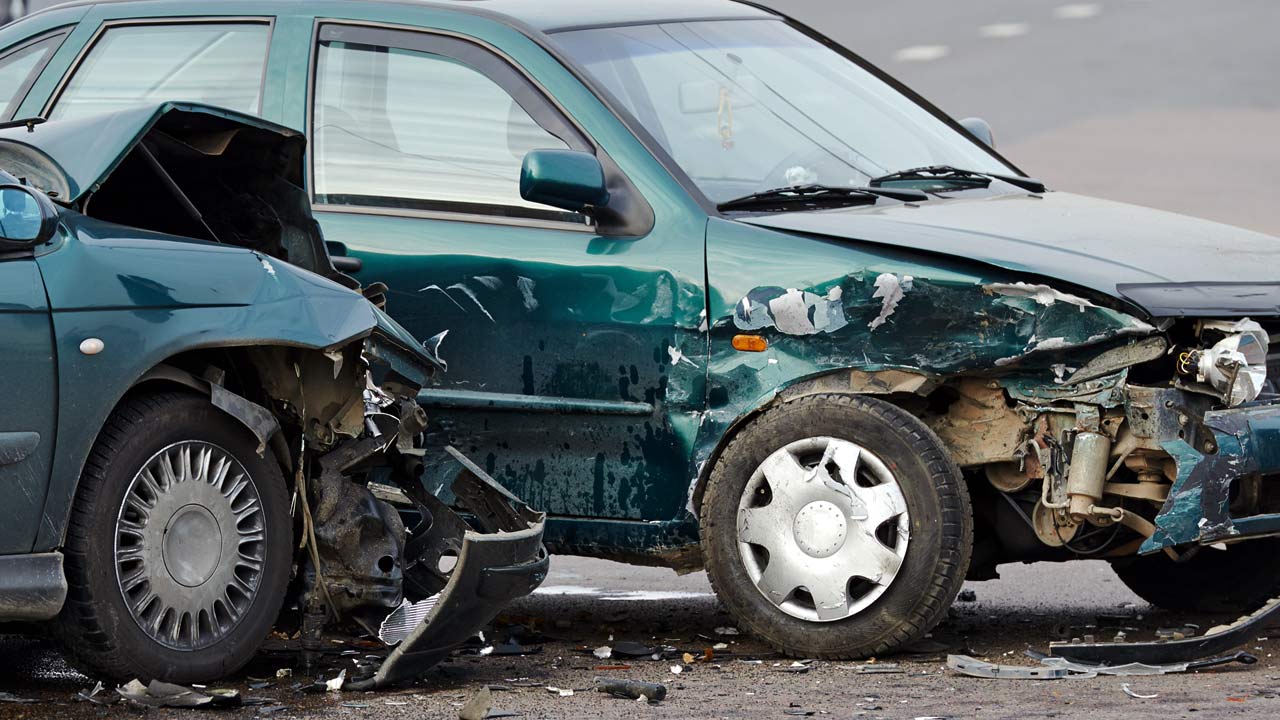 The force of impact when two oncoming vehicles collide is enormous

Common causes (often in combination with each other) of head-on collisions are:

A junction accident is an accident that occurs in some type of junction. This type of accident is usually caused by drivers who have not understood that they have a duty to give way or who misjudge the distance to a vehicle on the intersecting road, and perhaps its speed as well.

Sometimes drivers miss that there is a vehicle on the intersecting road altogether.

You must always wait to enter a junction if you have the slightest doubt as to whether you will be able to enter it without endangering or obstructing other road users.

Read more about the risks associated with entering a junction 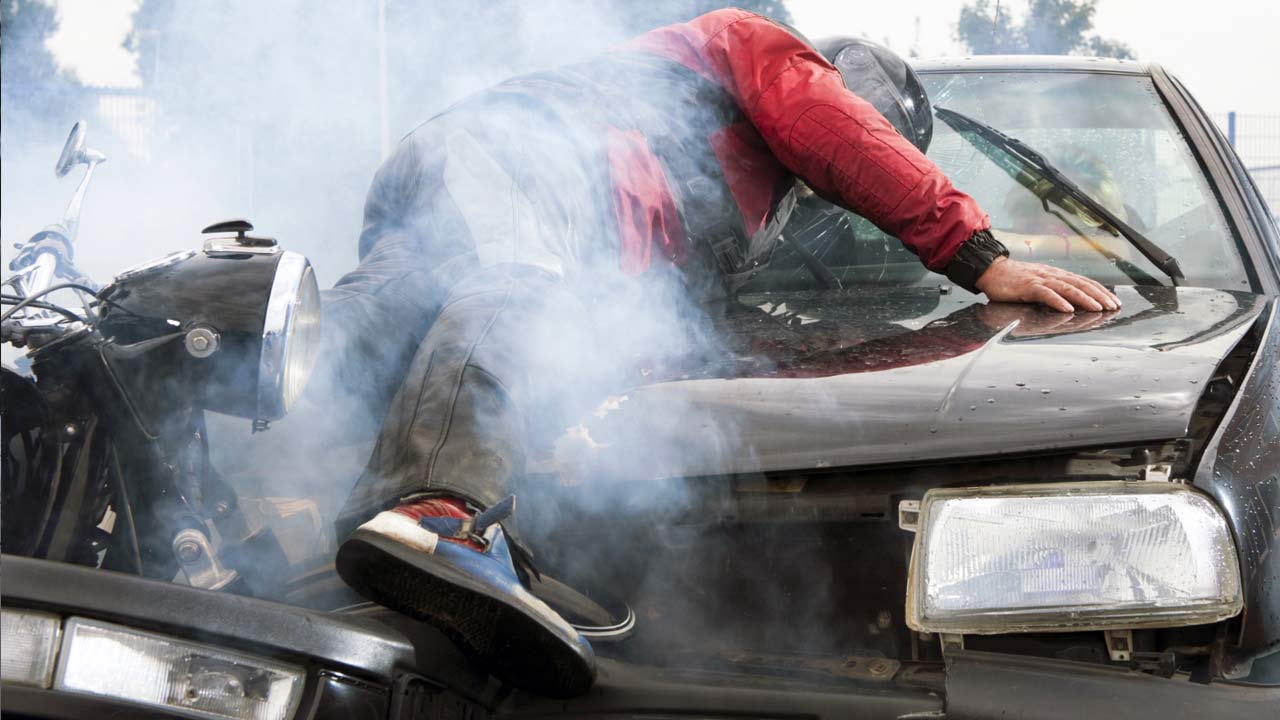 Turning left on a country road is another potentially dangerous situation which causes many serious accidents every year. If you perform a left turn in the wrong way, or at the wrong time, you risk:

Read more about turning left on a country road

A rear-end collision is an accident in which one vehicle is hit from behind by another vehicle. A relatively small proportion of all rear-end collisions lead to fatalities; however, they often lead to severe neck injuries – so-called whiplash injuries. 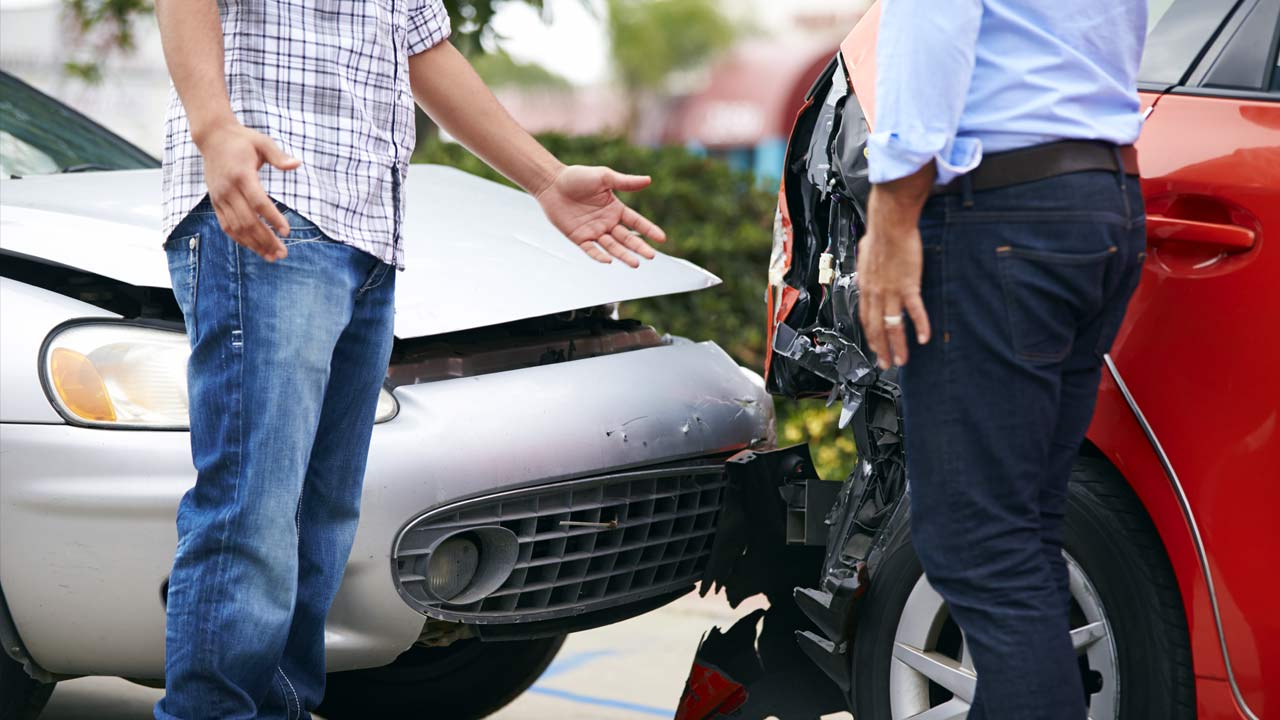 If you hit another vehicle from behind, you are almost always at fault

The fact that your car has lost grip on a slippery road is never a valid excuse if you cause an accident. If this were to happen, you did not properly adapt your speed according to the road surface conditions.

You are 2-3 times more likely to be involved in an accident when driving in the dark than when driving in daylight. In the dark, it is more difficult to detect pedestrians, cyclists and animals along the roads.

In the evening and at night, many drivers are also tired, have reduced concentration and are less attentive. Drivers who are affected by alcohol or drugs are also more common at this time. 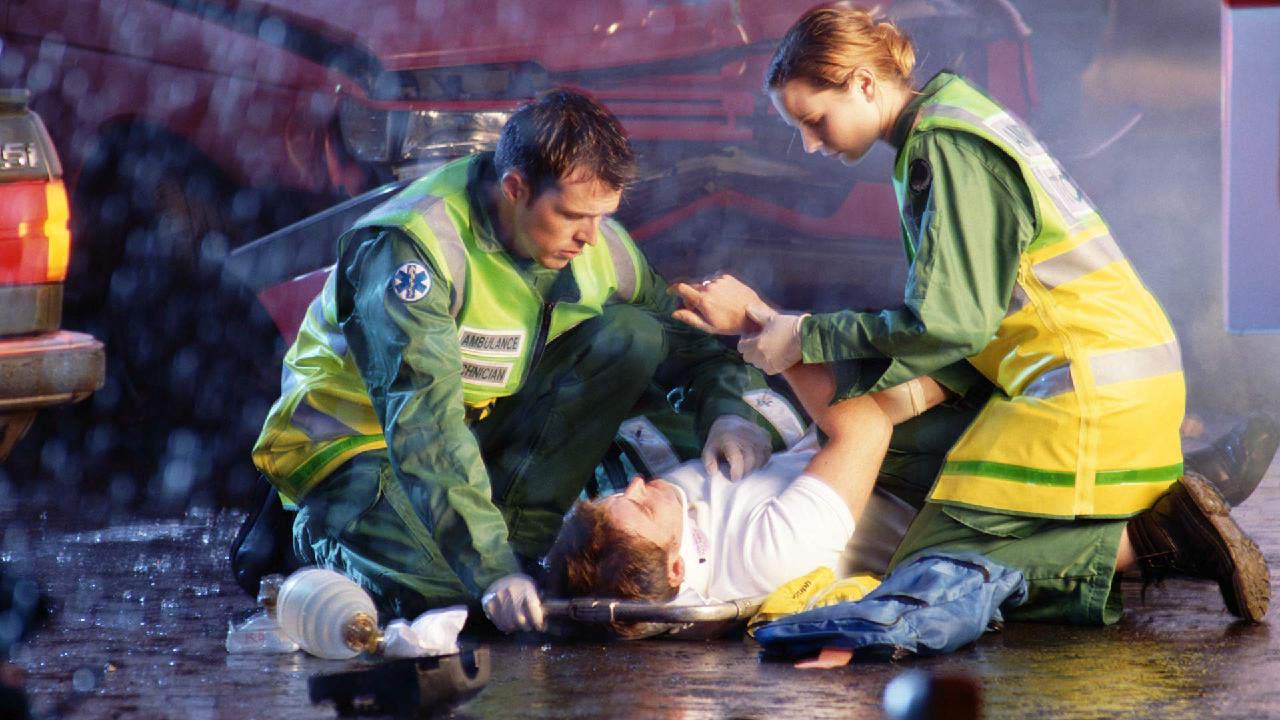 About 50,000-60,000 wildlife accidents are reported each year in Sweden. A majority of these accidents involve roe deer. Luckily, relatively few wildlife accidents result in the death of a human being, but when that is the case, it is almost exclusively in the event of collisions with moose.

Because a moose's legs may be over one metre long, it is not uncommon for the animal's heavy body (which can weigh up to 700 kg) to be thrown onto the hood of a car at the moment of collision. If this happens, the moose might crash into the windshield or land on the roof. Sometimes, the moose's hooves or horns may go through the windshield, which can cause serious or fatal injuries to both driver and passengers. 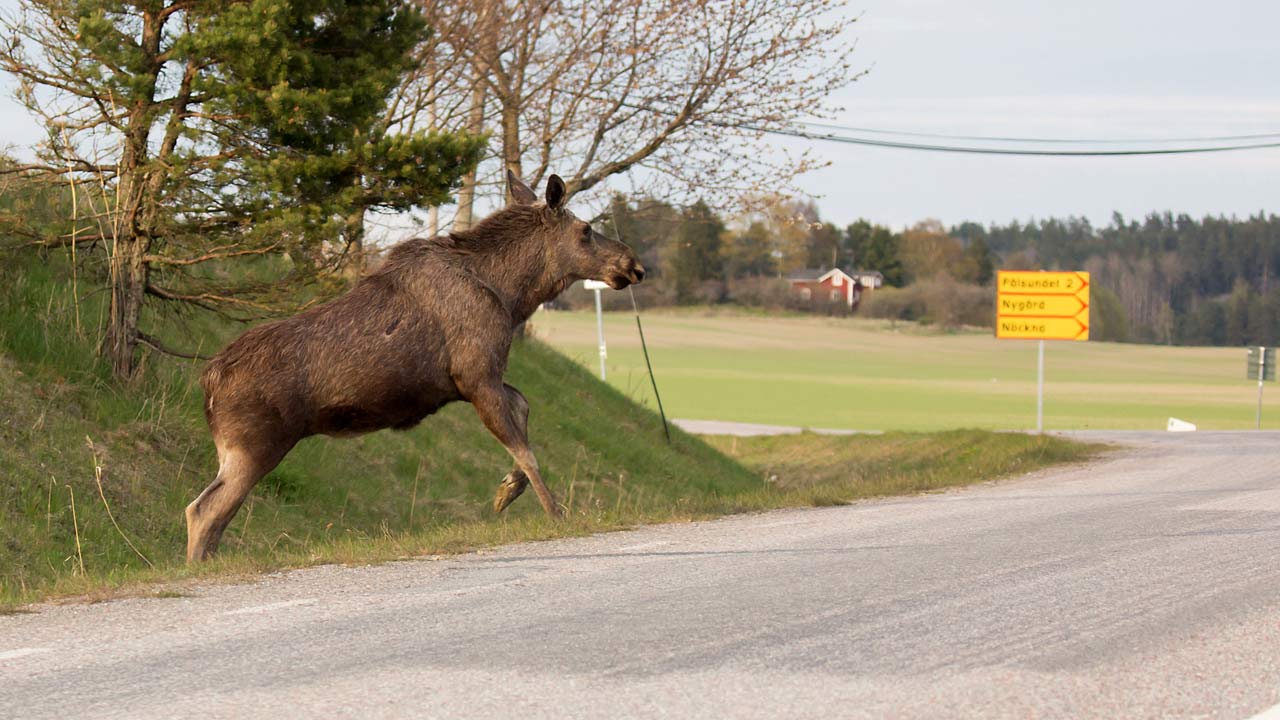 Wildlife accidents with moose are the most dangerous

When and where the risk is greatest

The risk of wild animals crossing the road exists throughout Sweden, at all times, all year round. In order to reduce the risk of a wildlife accident happening it is therefore important to know when and where the risk of encountering wild animals on the road is greatest.

When the risk is greatest 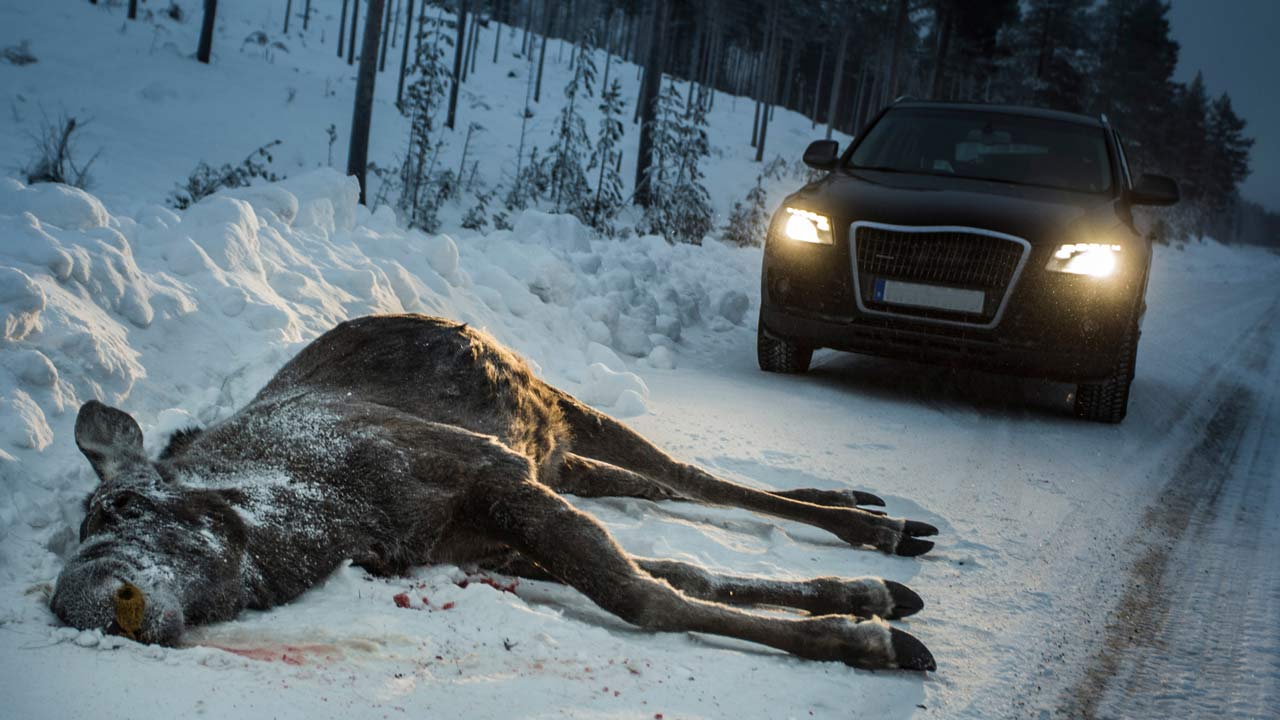 A wildlife accident can occur at all times, all year round

Where the risk is greatest

Many animals, such as moose, roe deer and wild boar often travel in groups. If you see one animal crossing the road you must be prepared for at least another two to three animals crossing the road in about the same place. 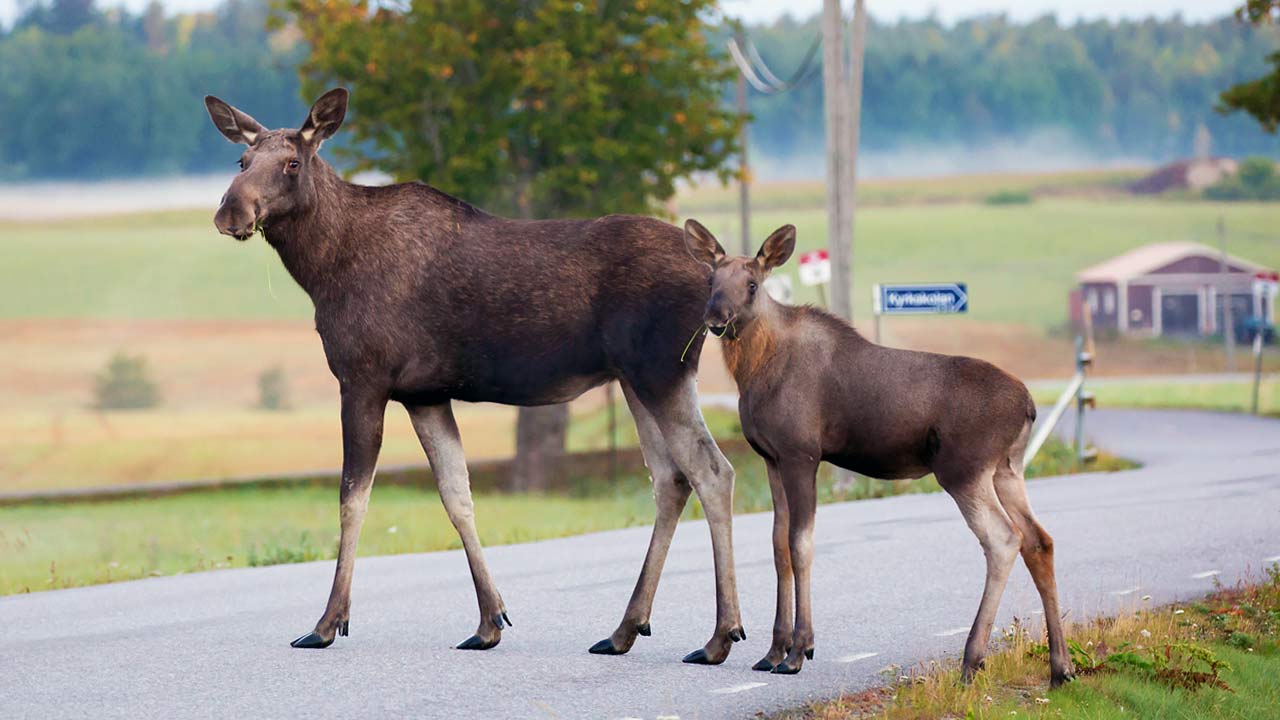 Moose, roe deer, wild boar and many other animals often travel in groups

To veer, or not to veer

You should not veer or brake hard for small animals such as squirrels or hares as doing so would expose other road users to unnecessary danger. You can ease off the accelerator or lightly apply the brakes if it is safe to do so, to avoid running over the animal. However, the basic rule is that you should neither veer nor brake hard.

You should also not veer for roe deer or other hoofed animals that are lower than the hood of the car, instead you should brake to try to avoid a collision. If you veer or swerve you risk driving off the road or colliding with oncoming traffic, something that is far more dangerous than colliding with a roe deer.

You should, however, veer for moose (as well as for red deer and fallow deer) if doing so is necessary to avoid a collision. You should of course first try to stop the car by braking. But if the collision cannot be avoided you should steer towards the moose's rear end. If you are lucky this will make the heavy forepart of the animal's body end up outside the critical windshield zone. 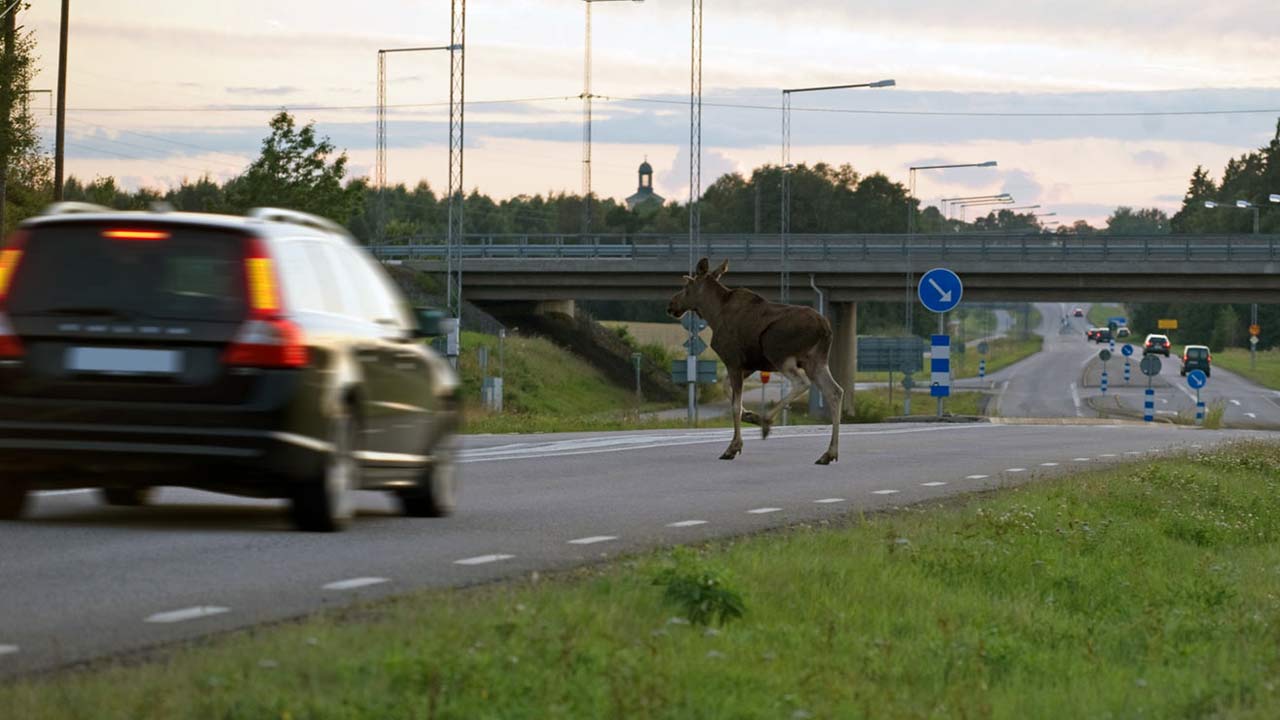 In all situations where you have to veer, you must be aware of the dangers of crossing over to an oncoming lane. You then expose yourself as well as your fellow road users to death.