When driving in towns and cities, you are often bombarded with information from traffic signals, road signs, road markings, other road users and sometimes even police officers and others. It is important to be able to quickly and correctly interpret all information and to know what applies when you receive several instructions at the same time.

You also need to be aware of which signals you send out to other road users through your light and sound signals, your speed and your positioning. 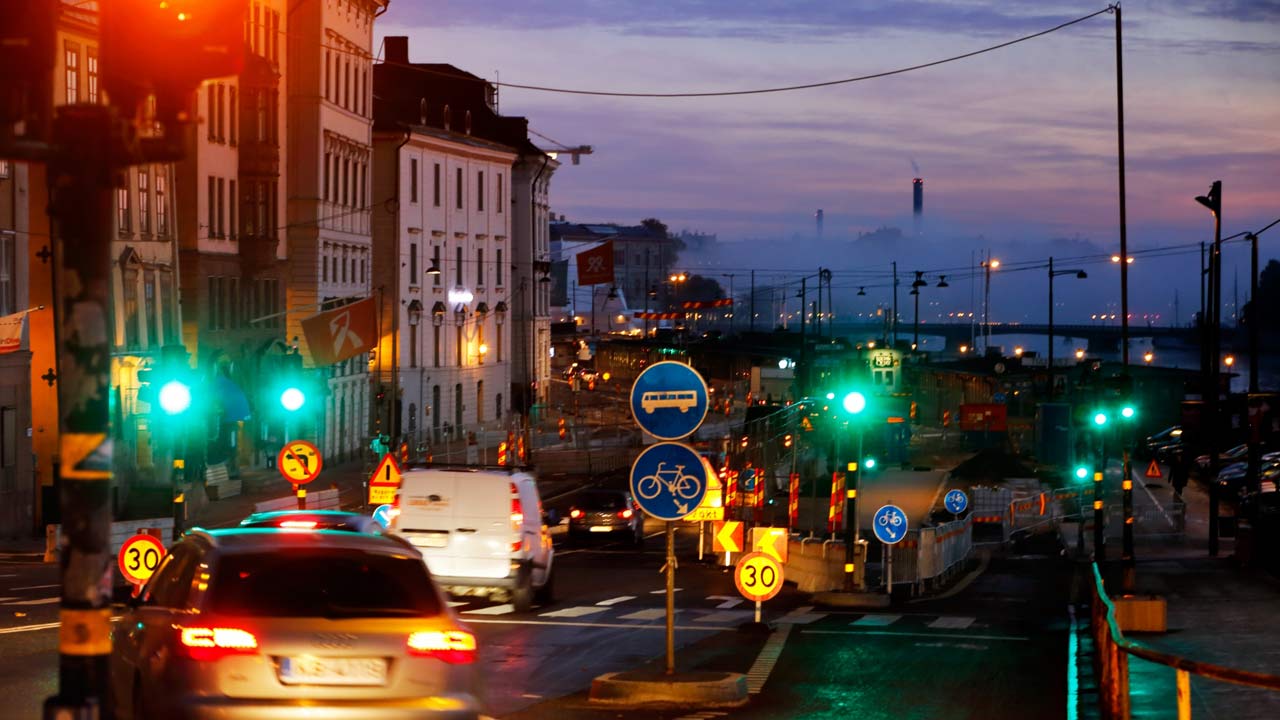 Of all the signals you can encounter while driving, a police officer's signal has the highest priority. It applies before traffic signals, road signs and general traffic rules. If you approach a junction and a police officer signals for you to keep driving, you should keep driving, even if there is a red light or a stop sign posted next to the junction.

It is called "police officer's signal", but the following occupational groups also have the authority to direct traffic: 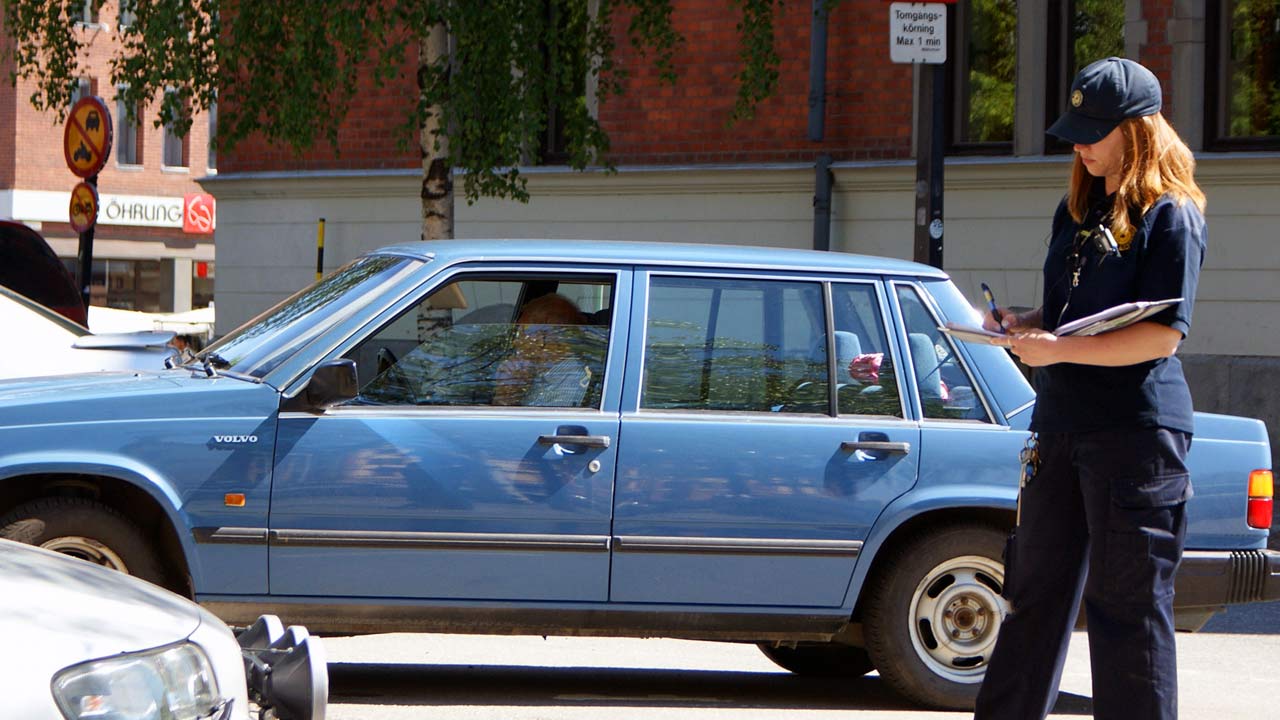 Below are the signals these occupational groups can use to direct road traffic.

When a police officer is on or next to a road

Stop for those coming from the front or from behind – This signal is used in junctions and applies for as long as the police officer is facing in the same direction. For road users approaching from the side, the signal indicates that it is permitted to advance.

Stop for those coming from the front or from behind – This signal indicates that road users facing the lantern must stop.

Slow down – This signal indicates that road users facing the police officer must slow down.

A traffic signal is a light or sound signal that regulates traffic. Traffic signals have the second highest priority. They apply before road signs and general traffic rules, but after police officers' signals. If a traffic light is green, you should drive, even if there is a stop sign posted next to the traffic light.

Many make the mistake of speeding through yellow lights in order to pass the traffic lights before the signal changes to red. A driver who misjudges the distance to the traffic light risks driving through a red light and to surprise both other drivers and pedestrians or cyclists who may have started crossing the road.

As a rule, you should always stop when a traffic light is yellow. Only continue driving if you are so close to the traffic signal when it changes to yellow that you risk causing a dangerous traffic situation by braking hard or suddenly stopping. 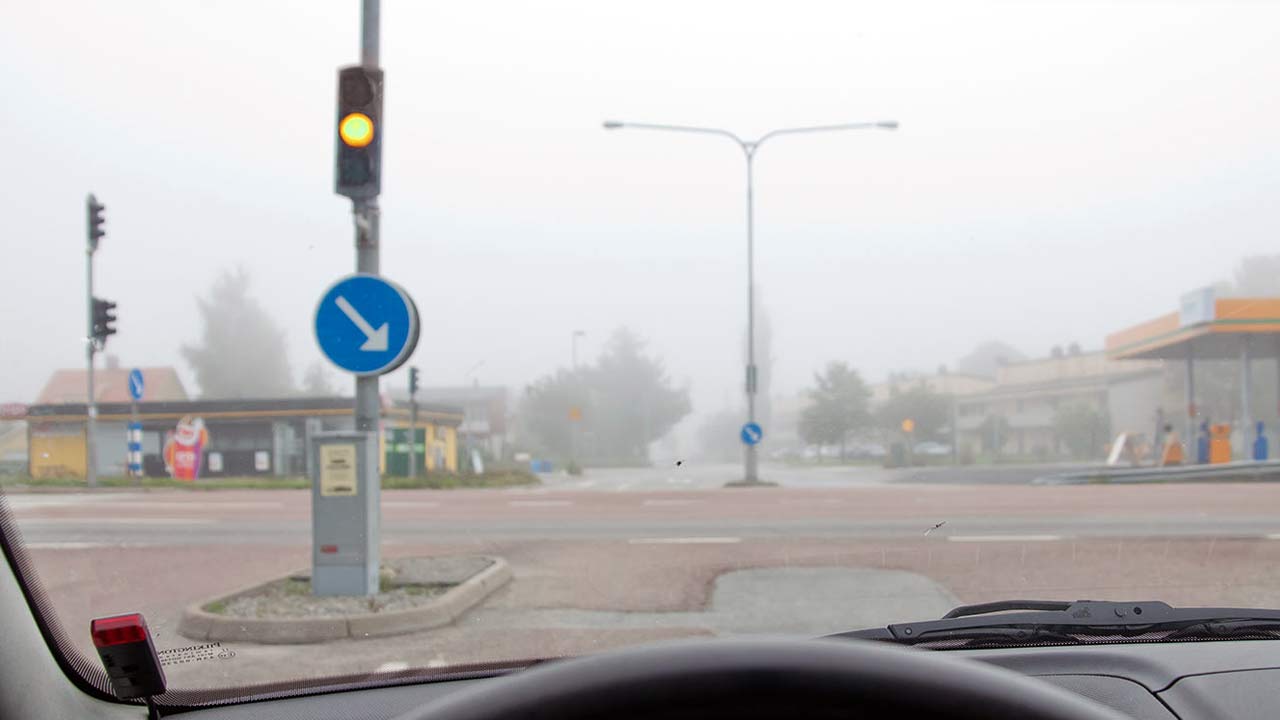 Check traffic even at green lights

Many also make the mistake of just driving without checking traffic when they have a green light. You must always check traffic both ways before you turn or drive straight ahead at a junction. This applies even when you have a green light.

You can never fully trust other drivers to follow the traffic signals. A driver coming from another direction at a junction where you are continuing straight ahead may try to speed pass the yellow traffic light or miss the red light entirely. If you just drive because you have a green light, without checking traffic, there is a great risk that you and the other driver collide.

An additional panel with time indications always supplements another road sign and indicates which days and between which times the indication on the road sign applies. They can, for example, tell you when a road sign with a speed limit or a parking prohibition applies.

If the time indication extends past midnight, the time period after midnight applies the following day.

If a certain date or weekday is indicated, the regulation applies on that day regardless of whether the day is a weekday, weekend day or holiday.

By properly communicating your intentions – for example, by indicating before turning – you prepare fellow road users for what you intend to do. However, you still have the obligation to be attentive and make sure that you can safely carry out your intended manoeuvre. You are not free from liability simply because you have used your indicators or have otherwise demonstrated your intentions.

A driver usually communicates with other road users using one or more of the following lights: indicators, when moving the car sideways; brake lights, when slowing down or stopping; full beam headlights, when alerting another driver in darkness; and hazard warning lights, at emergency stops and during towing. 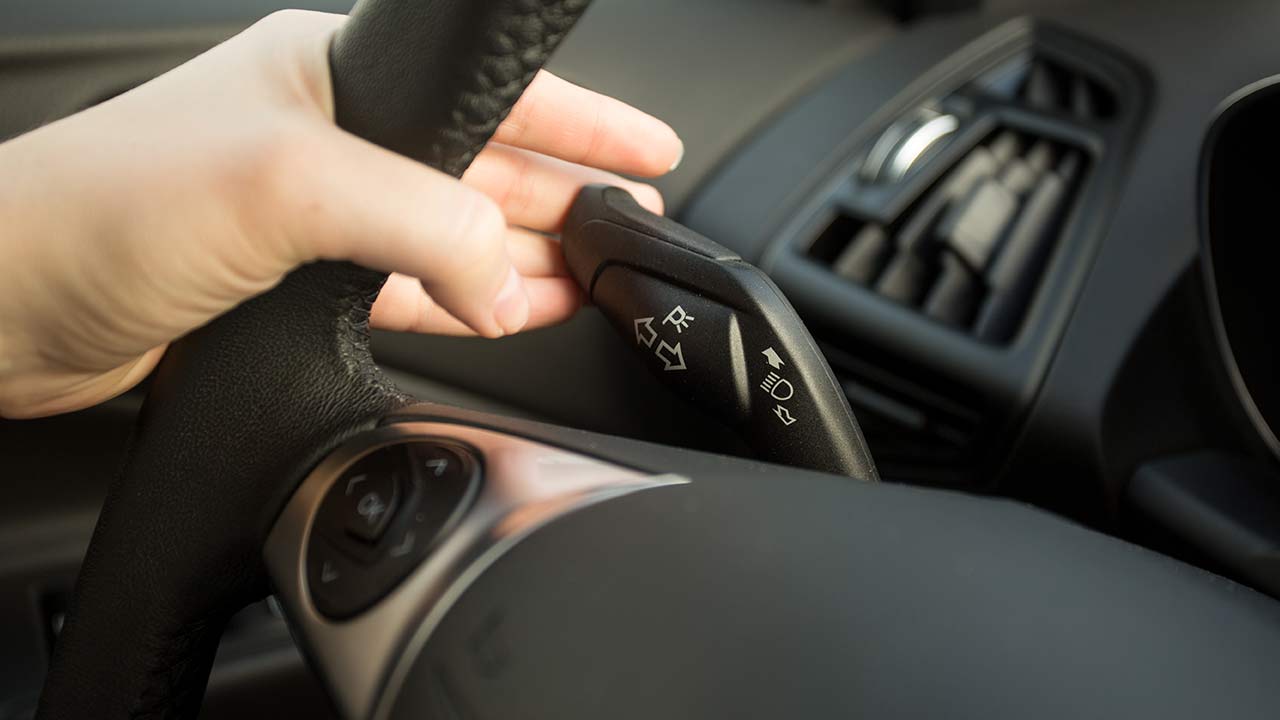 Always use the indicators before moving a car sideways

The indicators should be turned on well in advance (but not so early that your intentions may be misinterpreted) before you:

Do not forget to turn off the car's indicators after completing the manoeuvre.

Before turning, moving your car sideways or reversing, you must always check your rear-view mirror and side mirrors as well as your vehicle's blind spot by briefly glancing over your shoulder. The blind spot is the area not covered by any mirror. 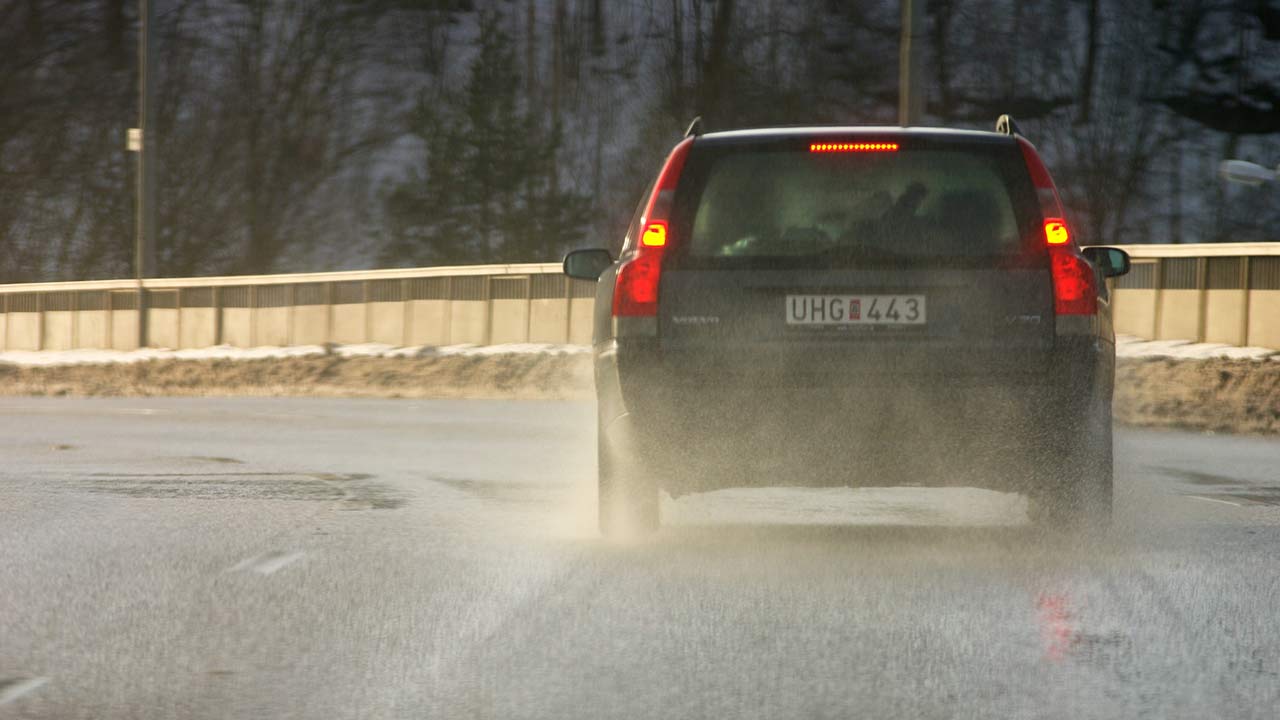 In darkness, full beam headlights can be used as a sort of "light horn" by quickly flashing them on and off. Just as with the regular horn, you should only use the light horn if needed to avert a dangerous situation. For example, if you meet an oncoming vehicle driving against traffic.

You may not use the light horn to greet another road user or to inform the driver in the vehicle in front of you that you intend to overtake.

The horn may only be used to attract other road users' attention if needed to avert a dangerous situation. For example, if you suspect a pedestrian has not seen your car and is heading out into the street.

You may not use the horn to greet another road user or to indicate your annoyance at someone's way of driving. 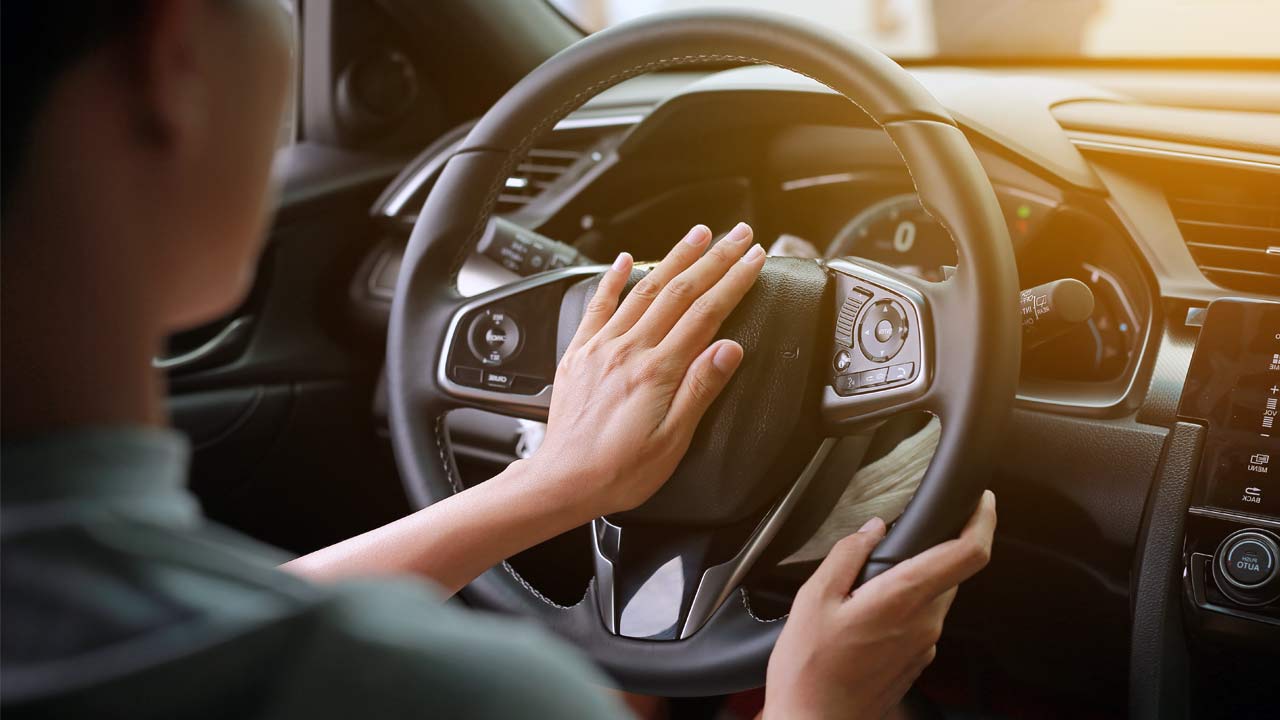 You communicate a lot with the speed at which you are driving. For example, if you lower your speed and position your car to the right-hand side of the road, the driver in the vehicle behind you will probably interpret this as a signal to overtake.

If you brake hard just before a give way junction, you have failed to give way because you did not slow down or stop in time.

By choosing the correct lane and positioning your car in the correct place at the correct time, you increase accessibility, traffic safety and also make it easier for your fellow road users to plan their driving.

Exceptions for some groups

When deemed necessary some occupational groups have the right to drive at higher speeds than the maximum permitted and infringe certain traffic rules (for example, drive through red lights).

The following occupational groups have this right: 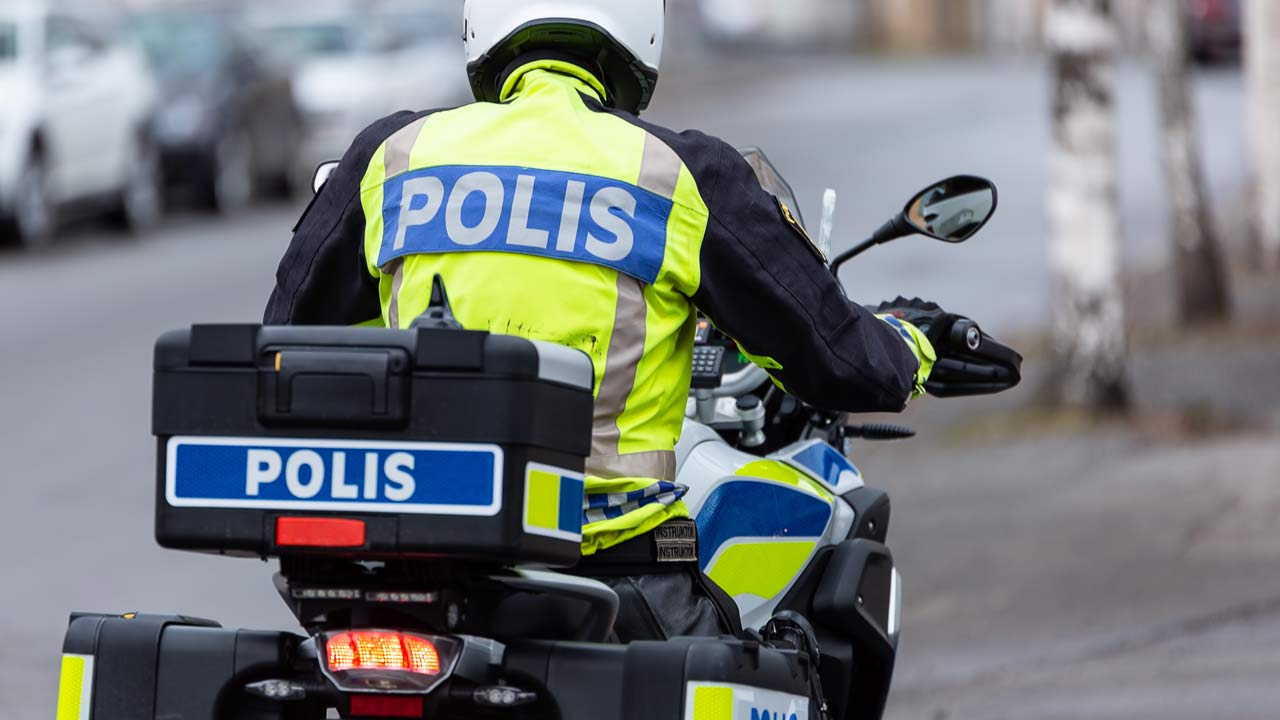 As soon as you hear a siren or notice a flashing blue light, you must ready yourself for action and be prepared to make way.