Alcohol and other hazards

Alcohol is one of the most common causes of impaired judgment in drivers, but it is definitely not the only one. In Trafikförordningen's third chapter, the rules on this topic are summarized in a single sentence:

"Vehicles must not be driven by anyone who, due to illness, fatigue, the influence of alcohol, other stimulating or anaesthetic substances or for other reasons, cannot drive the vehicle in a safe manner."

In addition to the hazards detailed in this chapter, fatigue, stress and peer pressure can also negatively affect our driving. Follow the links below if you missed those chapters:

In the right amount and at the right time, alcohol does not pose a problem for most people, but when combined with driving, it poses a huge problem. In Sweden, at least 15,000 car journeys per day are made by drivers under the influence of alcohol, and about 20-30% of all drivers killed in traffic accidents have alcohol in their blood. As many as 50% of all drivers killed in single-car accidents have alcohol in their blood. 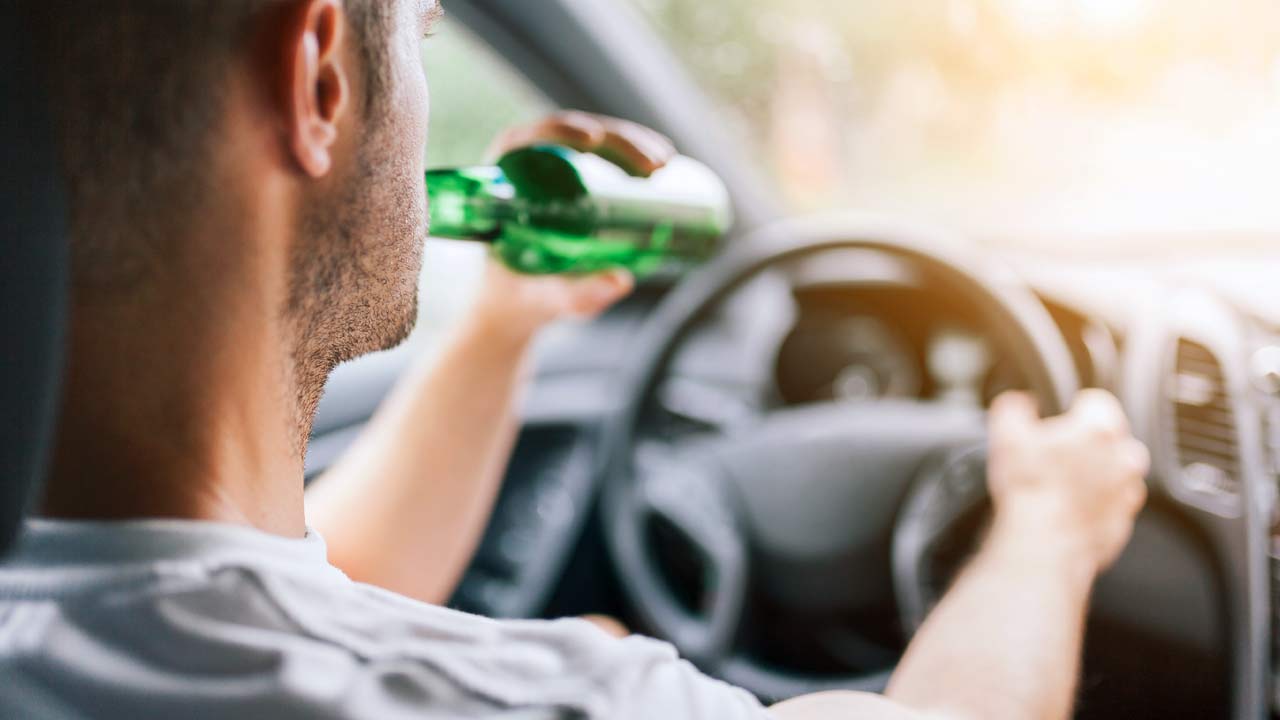 For drivers aged 18-24, the risk of being involved in a traffic accident is 900 times greater at a blood alcohol level of 0.5 per mille. This is most likely due to the fact that they have both less driving experience and less experience with alcohol.

It is a serious traffic offence to drive intoxicated or with a blood alcohol level that exceeds the legal limit. Anyone who does so may be found guilty of drunken driving or aggravated drunken driving.

The penalty for drunk driving is a fine or imprisonment for a maximum of six months. The offender's driver's licence is also revoked, normally for 12 months.

The penalty for aggravated drunk driving is imprisonment for a maximum of two years. The offender's driver's licence is also revoked, normally for 24 months. 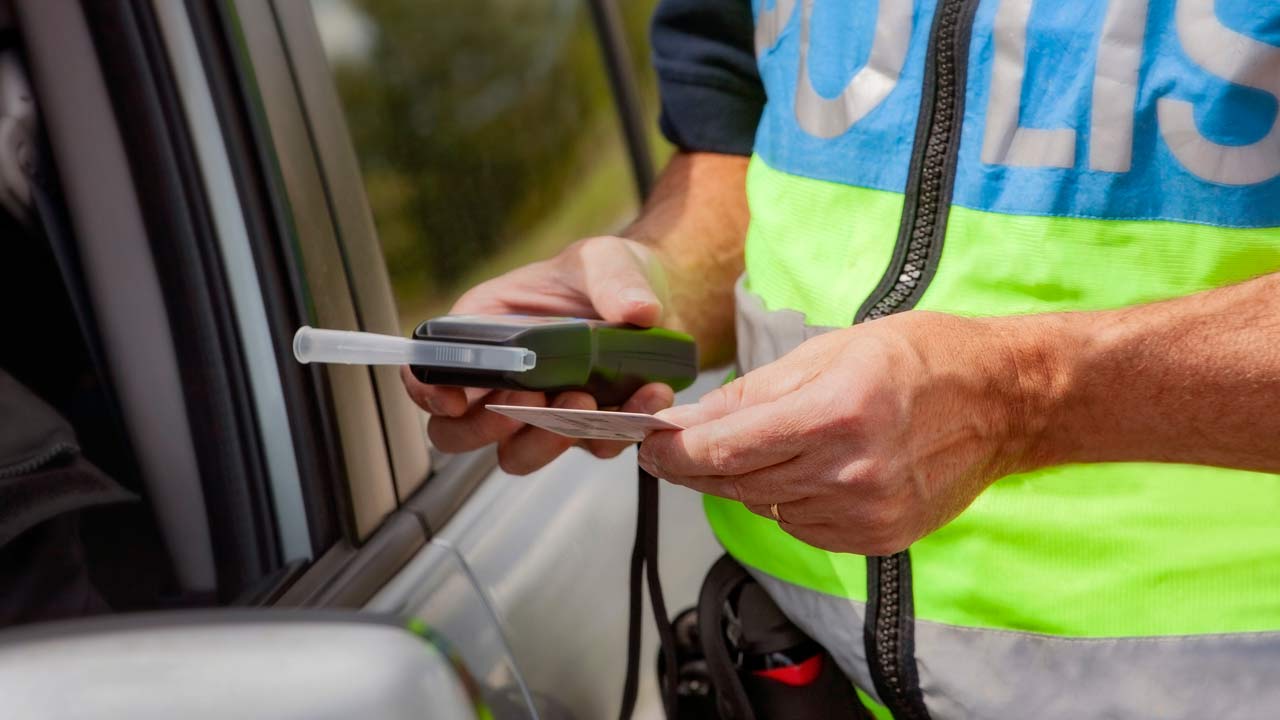 In layman's terms, 1.0 per mille blood alcohol means that there is one part alcohol per 1,000 parts blood.

This option is not available if the drunk driving was caused by narcotics, or for anyone using narcotics. 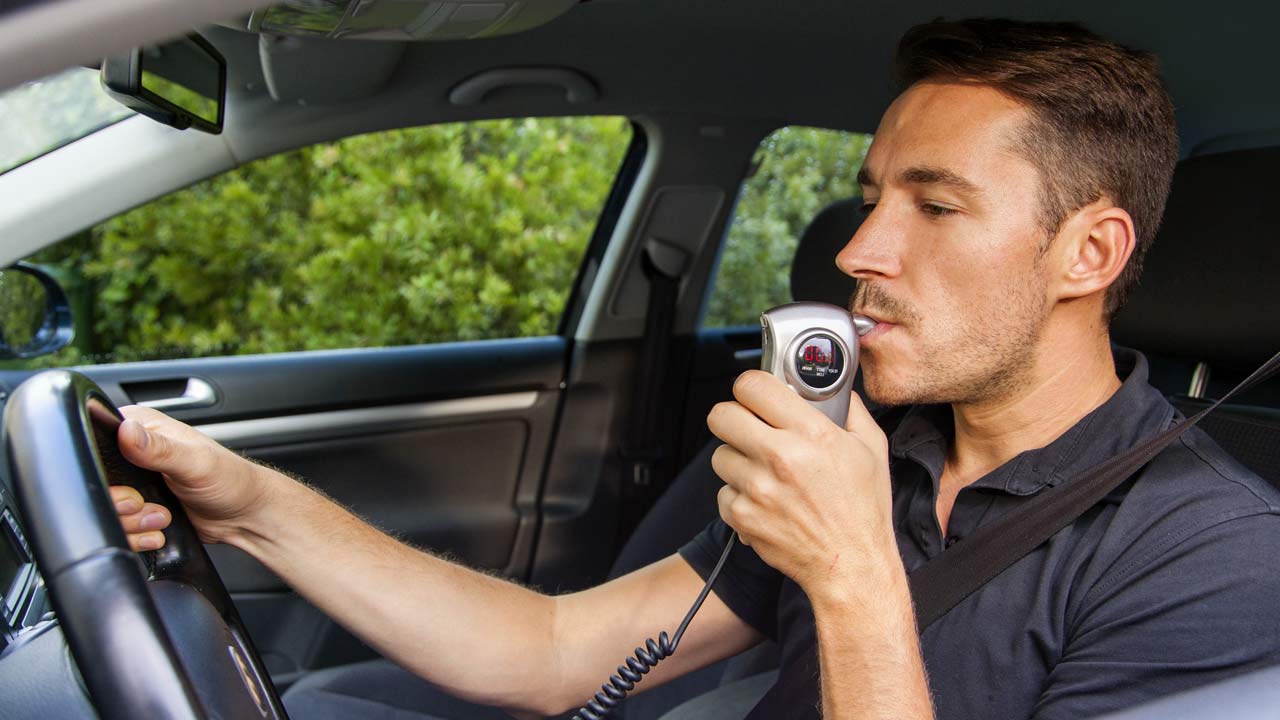 All alcohol interlock blood tests are registered and saved. A failed breath test leads to a revoked driver's licence

The conditional period is one or two years, depending on what led to the application. The penalty, that is, the fine or prison sentence, is not affected by this, but is carried out as usual.

You can also lose your driver's licence or permit if you are apprehended because you are drunk and cannot take care of yourself, or pose a threat to others.

The effects of alcohol

Alcohol impairs your judgment and performance and reduces your ability to make realistic assessments. It also impairs your vision and ability to judge distance and speed.

Even small amounts of alcohol affect you. The more you drink, the more intoxicated you become. You may not sense an increase in intoxication, but how you feel does not matter – if you have consumed alcohol you are affected by it and therefore should not drive. It is as simple as that. 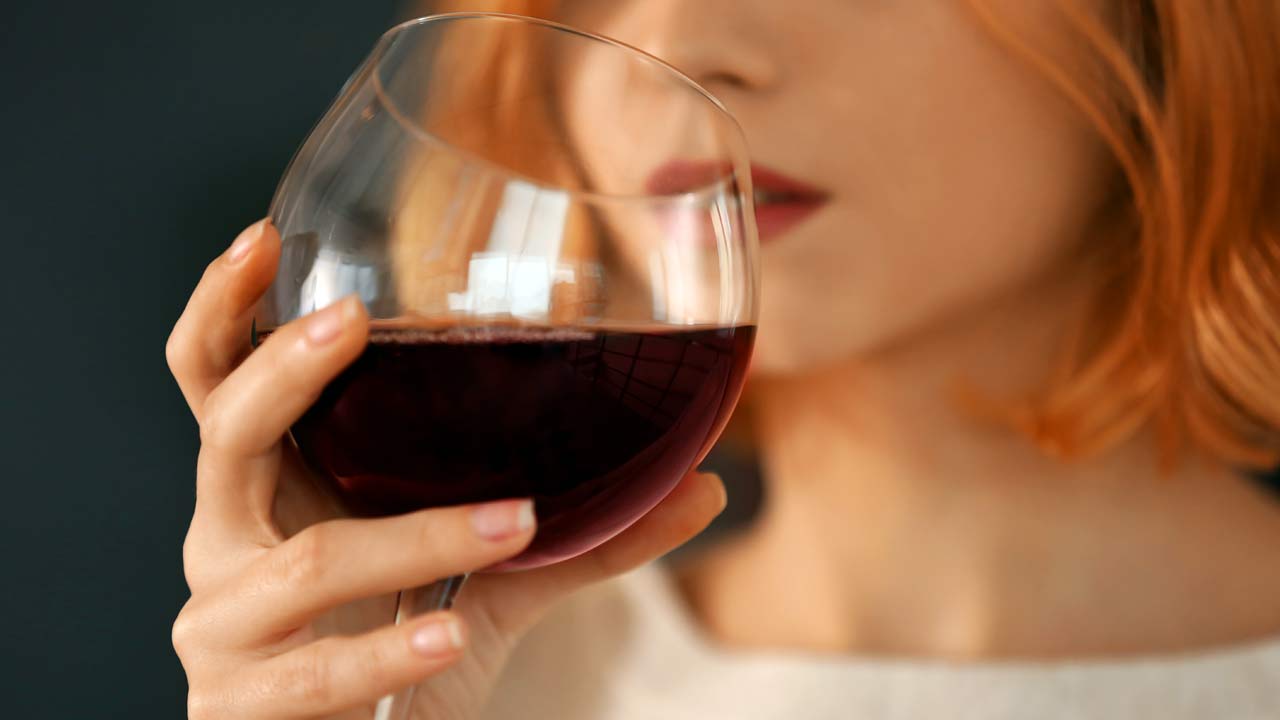 Even small amounts of alcohol can impair your driving ability

Your blood alcohol level may also vary greatly between different occasions, even if you have consumed exactly the same amount and type of alcohol.

Alcohol affects us in the following way:

The per mille numbers above refer to blood alcohol concentration. 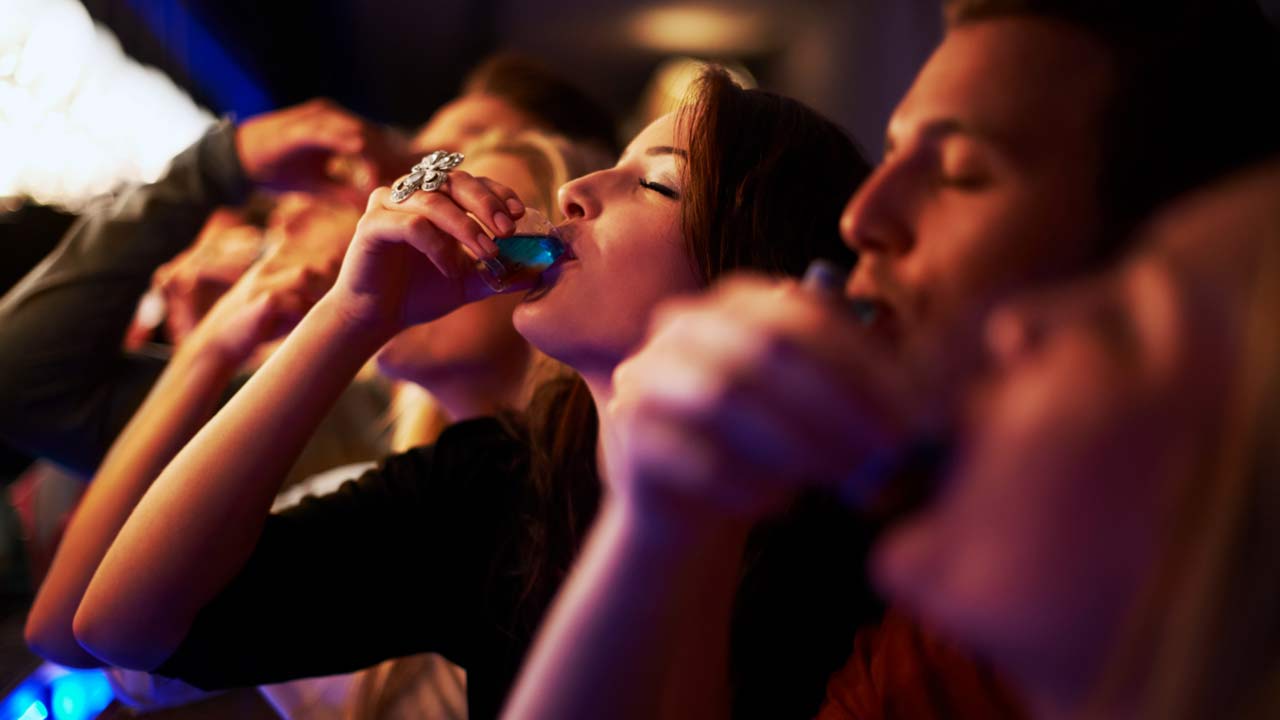 How we are affected by alcohol varies from person to person

Medication can enhance the effects of alcohol, meaning that combining alcohol with certain medications, such as sedatives or tranquillisers, can greatly impair your driving ability or even be fatal.

On average, we metabolise about 0.15 per mille alcohol per hour. This is equivalent to about two centilitres of an alcoholic drink of 40 percent strength. However, this burn rate is also individual and can vary greatly depending on a number of factors. You should therefore never consider it safe to drive based on a calculation of how much alcohol you have burned off in a given time. If you miscalculate, it can have serious consequences for you and for others.

It is not possible to increase the pace at which our body burns off alcohol. This process takes place in the liver, and you cannot affect the rate at which it works. Taking a sauna, exercising, drinking coffee or any other "miracle cure" might make you feel better, but these things do not affect how quickly the body metabolises alcohol.

Furthermore, even if you no longer have alcohol in your body does not necessarily mean you are okay to drive. Your driving ability can be reduced by up to 20% the day after drinking, even after you have metabolised all the alcohol you have consumed. 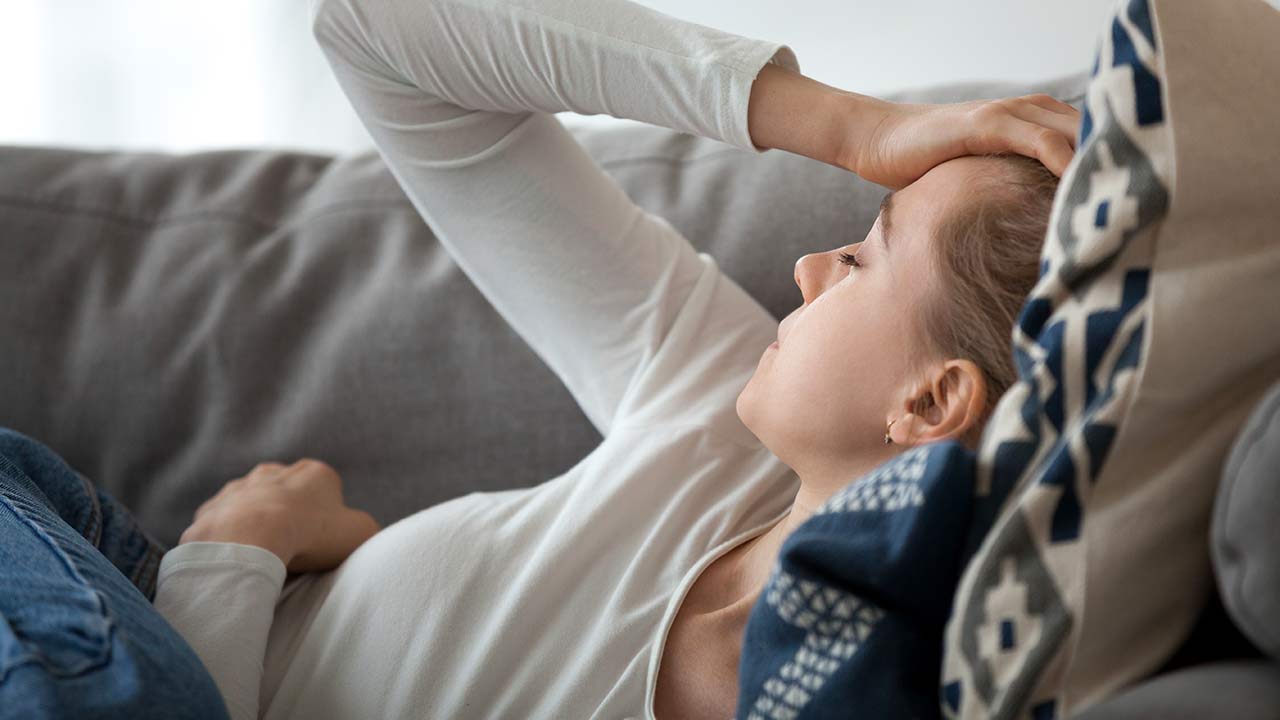 Your driving ability is greatly reduced the day after drinking alcohol

It is not uncommon for drivers to be arrested for drunk driving the day after drinking alcohol.

Do not take chances – always refrain from driving the day after drinking.

Alcohol volumes in beer and wine

You should know approximately how much alcohol is present in common beverages, as it is probably much more than you imagine. Did you know, for example, that a large mid-strength beer (folköl) contains more alcohol than four centilitres of vodka? 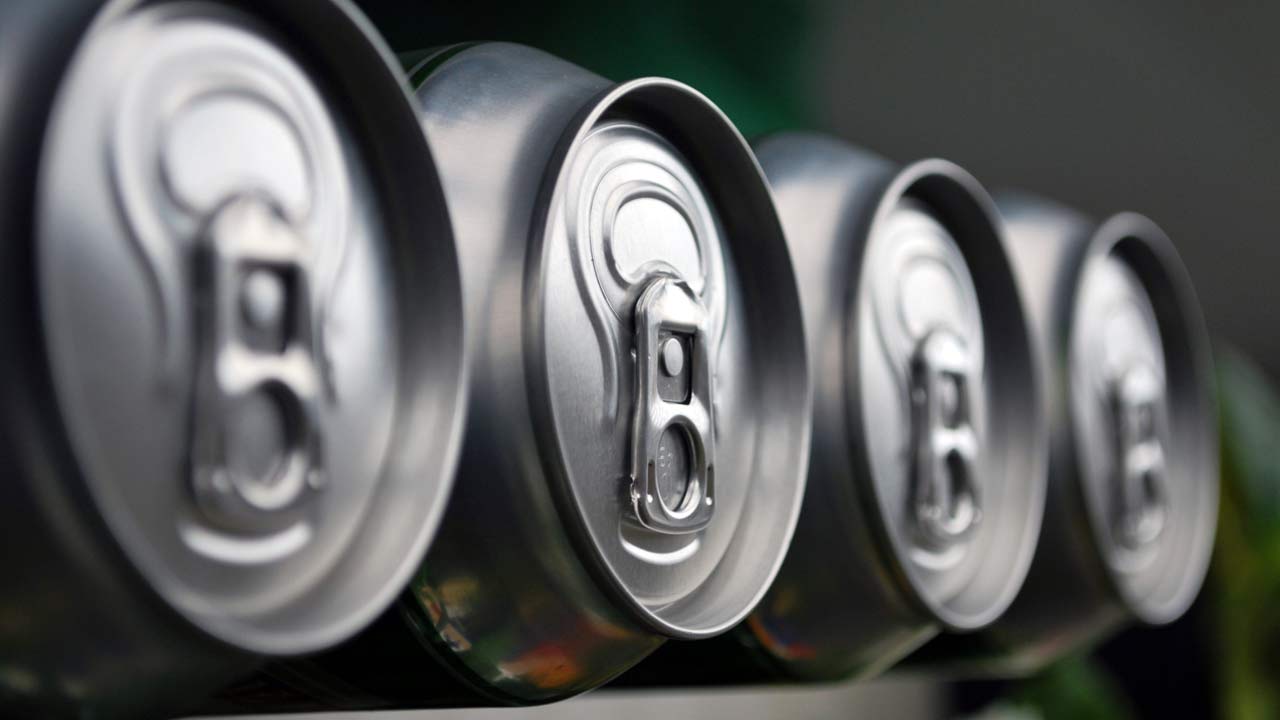 To calculate the amount of 40% alcohol in an alcoholic beverage, you first multiply the alcohol content by the amount and then by 0.025.

Certain medications can impair your driving ability. They may even reduce your ability to see, hear, concentrate, react quickly and stay awake to such a degree that you cannot legally drive.

Some medications only affect you when you start taking them or after you have stopped, while others affect you with every dose. These effects vary from person to person. They may also be greatly enhanced when combined with alcohol, often even very small amounts.

The rules regarding medication are simple: driving affected is always prohibited and it is your responsibility to know whether you are affected or not. If you make a misjudgement and drive dangerously you may be found guilty of drunk driving, even if a doctor prescribed the medication. 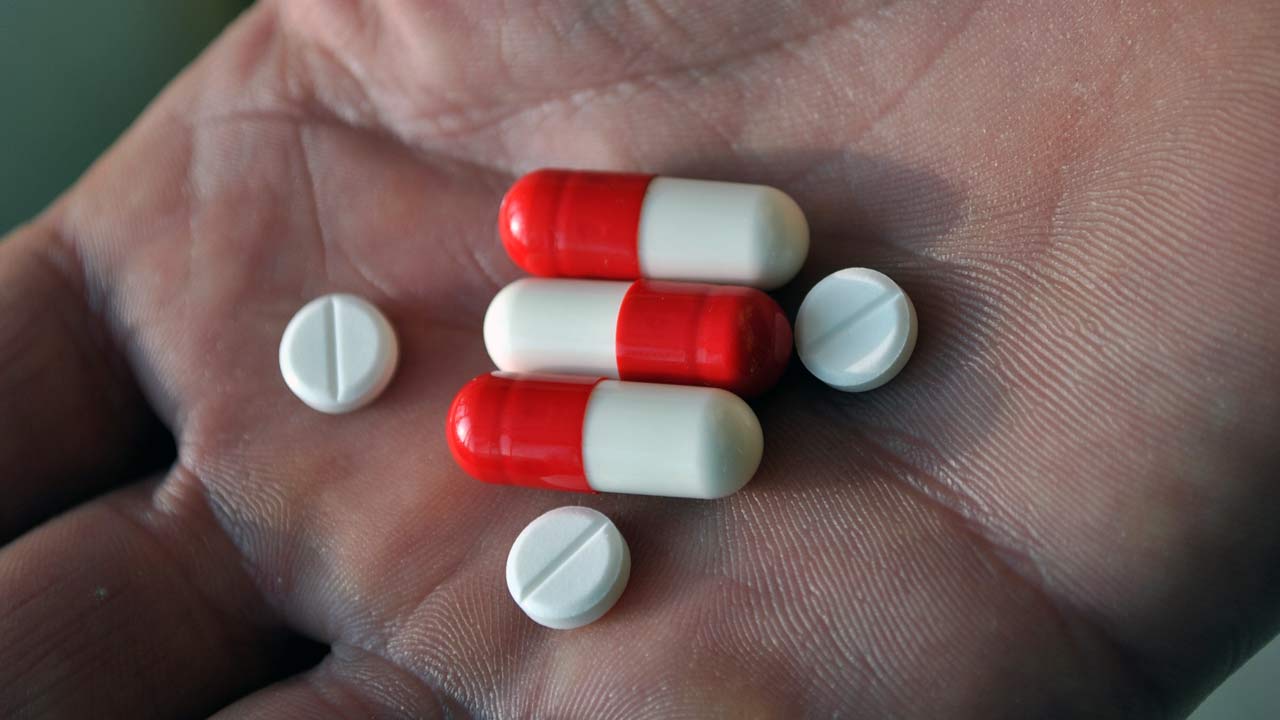 If you drive after taking medication containing narcotic-classified substances without a doctor's prescription you may be found guilty of drunk driving. This is the case even if you have not been driving dangerously or have been involved in an accident. This is because the law equates it with driving under the influence of alcohol or narcotics.

To find out how a medication can affect you, you can either read the medication's information sheet or consult the doctor or pharmacist who gives you the medication.

You should always refrain from driving if you have taken one or more medications and exhibit any of the following symptoms: 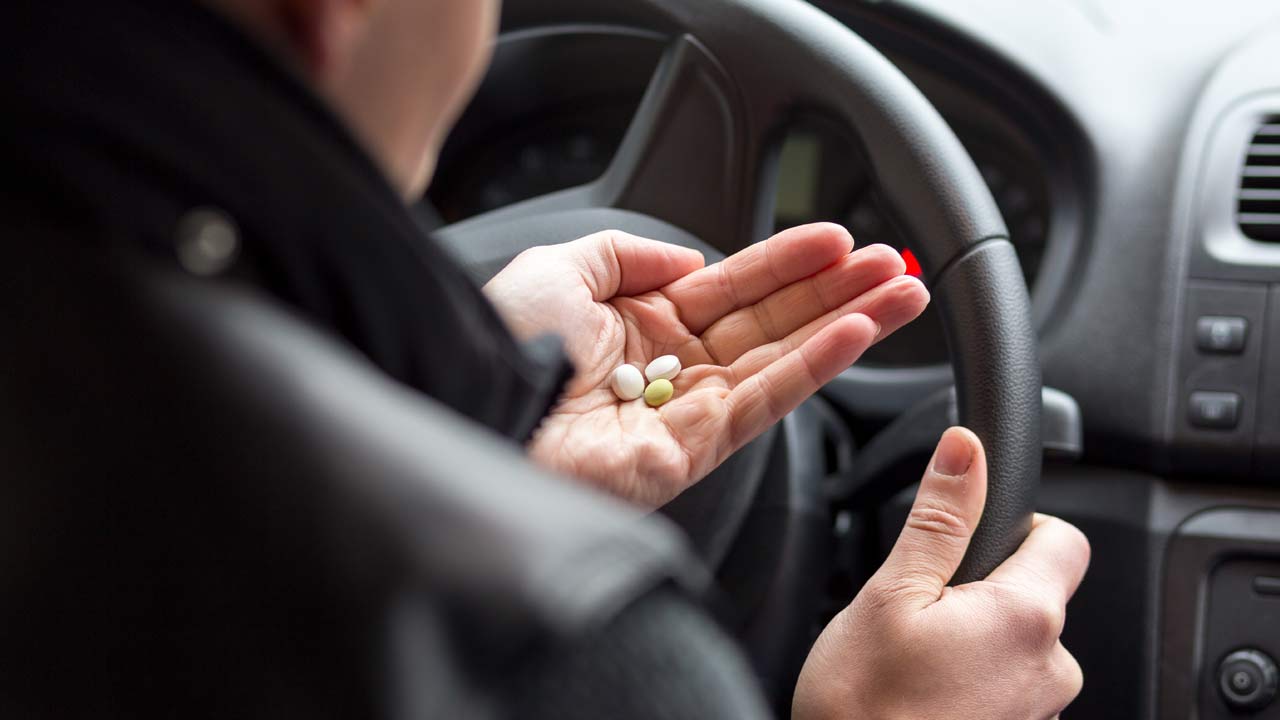 If you take a medication that makes you sluggish, tired, dizzy, groggy or slow you should not drive

In short, the rules can be summarized in the following way. You may be found guilty of drunk driving or aggravated drunk driving if you have taken a:

In Sweden there is a zero limit for narcotic-classified substances in the blood of drivers. Both illegal and legal drugs, as well as certain medications, are regarded as narcotics.

The only exception to this rule is for narcotic medications that have been taken according to a doctor's prescription. However, remember that you are not allowed to drive if you are affected by the medication. 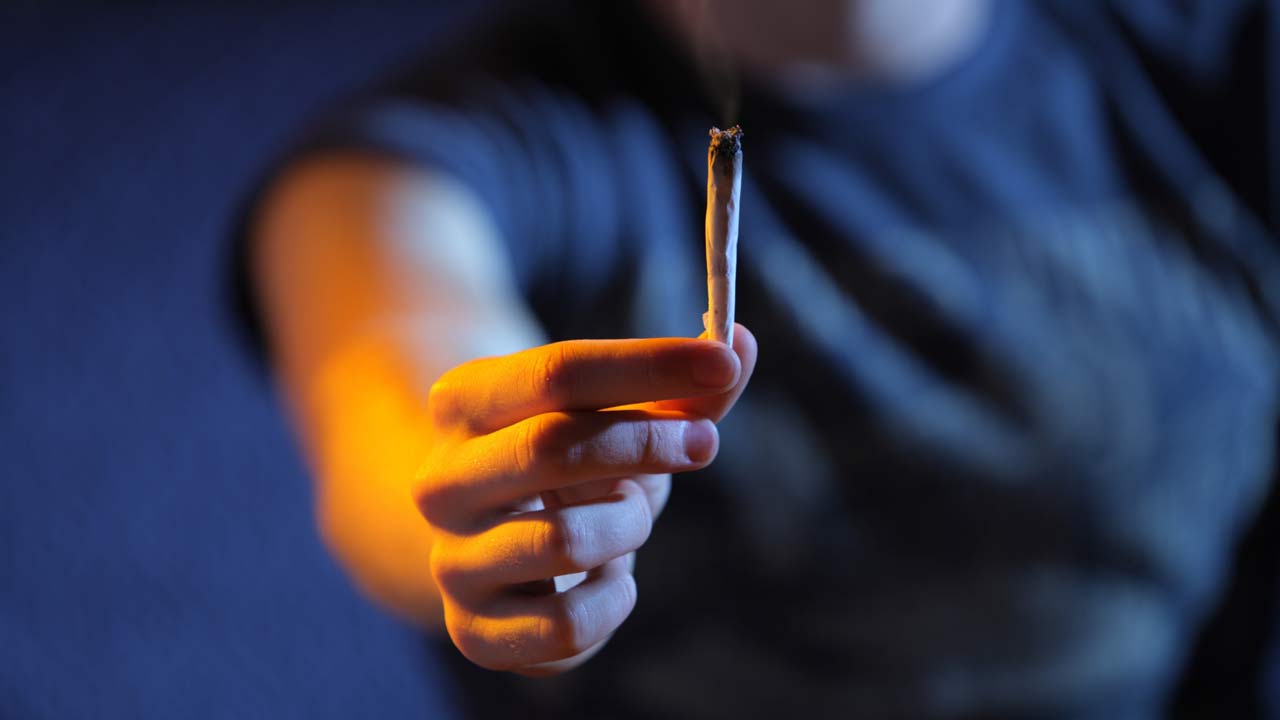 It is forbidden to drive with narcotics in the blood

Narcotics can affect the body in ways completely different to alcohol. Cocaine and amphetamines generally cause hyperactivity and greatly increase the drug user's self-overestimation. These drugs also remove feelings of fatigue, but not the fatigue itself. This means a person affected by cocaine or amphetamines may suddenly collapse behind the wheel without feeling tired.

Hashish and marijuana can induce hallucinations, cause a skewed perception of reality and lead to strong self-overestimation. They also impair orientation and the ability to absorb external impressions.

Hashish and marijuana affect a person for at least a week, but as mentioned, can stay in the blood for up to two months. 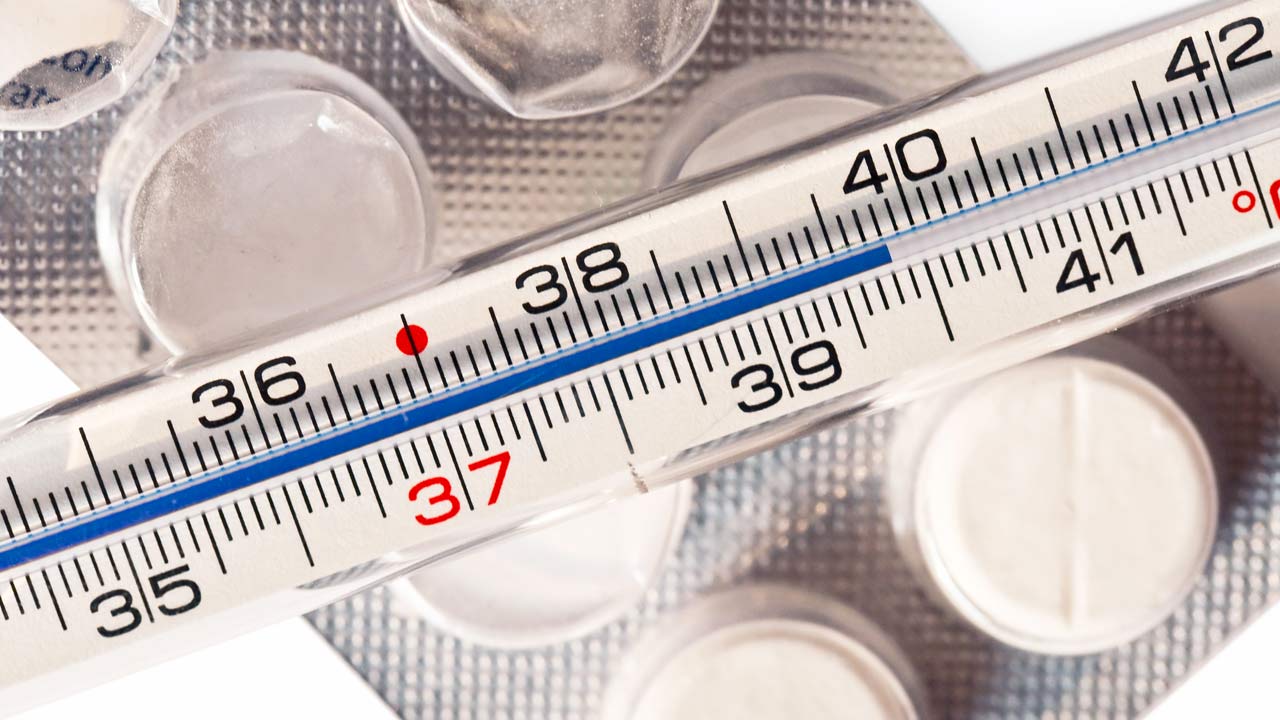 Do not take chances – always contact your doctor before getting behind the wheel if you are unsure whether your medical condition is making you unfit for driving.

Nearly all strong emotions affect us as drivers, often in a negative way. This does not mean that you must refrain from driving when you are angry, depressed, annoyed or sad. It is important, however, that you are aware of the fact that your emotions can affect your driving and that, in the worst case, they can lead to you making foolish decisions.

Studies have shown that drivers who are angry, upset or crying behind the wheel are 10 times more likely to be involved in an accident than calm drivers. 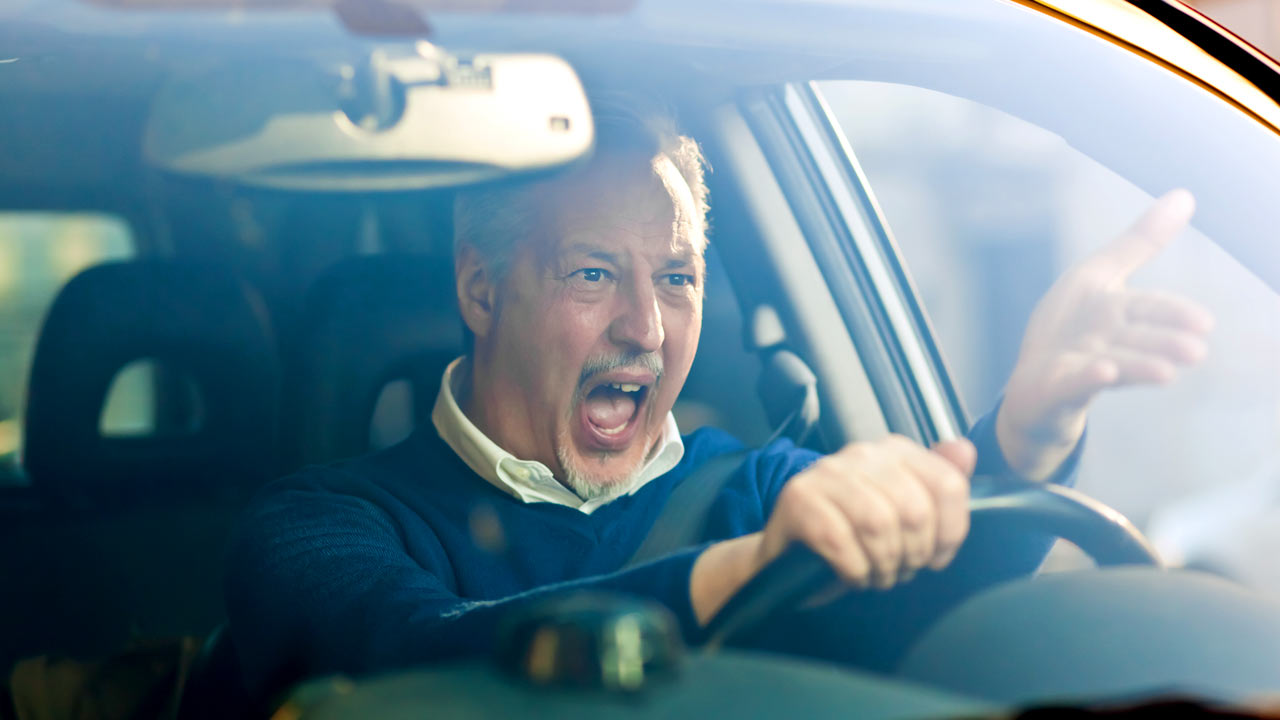 Driving with one hand while using your mobile phone with the other hand is associated with very big risks. Studies show that it is especially dangerous to write text messages while behind the wheel, as it causes you to take your eyes off the road and focus on something other than your driving. The same is true for surfing the web, playing mobile games or updating your social media behind the wheel. 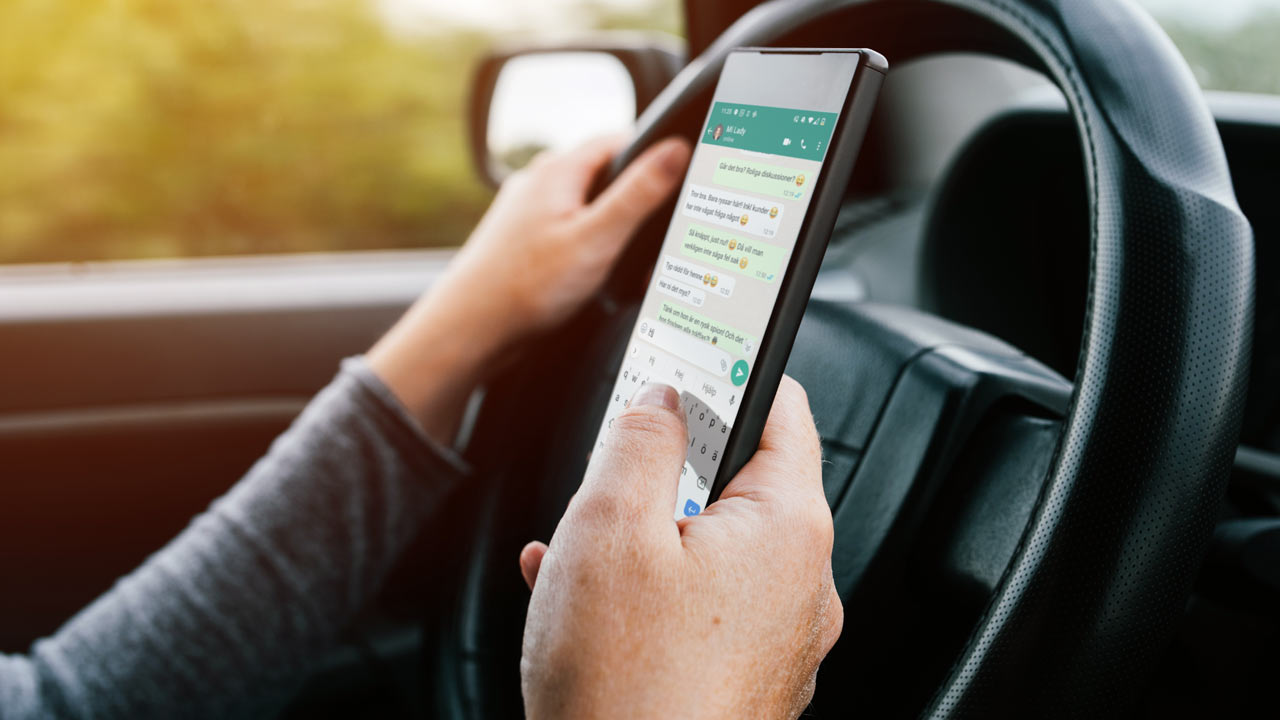 Texting behind the wheel is especially dangerous

You are still permitted to talk on the phone if you use a hands-free device, but for safety reasons this should also be avoided as the phone call itself reduces your attention and concentration.

One of the reasons why it is more dangerous to talk on a mobile phone than it is to talk to a passenger is that a phone call is not automatically adapted to the prevailing traffic situation. When a driver talks to a passenger, however, it is. If a complicated traffic situation arises during the conversation, the driver can delay an answer and focus on the driving without the passenger pushing for quick answers.